I tried sleeping in but woke up early again, as usual.

So I had a rather tired day yesterday.

Got up, had breakfast, went running: 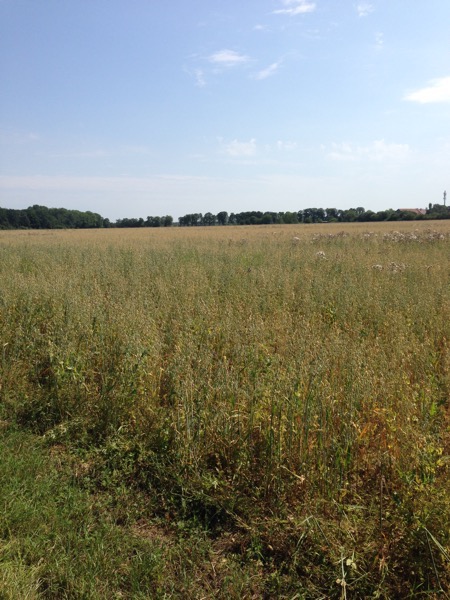 Only 5k. It was nice but I didn’t have the energy I wanted because of not sleeping enough, I guess.

Then I started watching the Tour right away, and there were leftovers with a big, fresh salad: 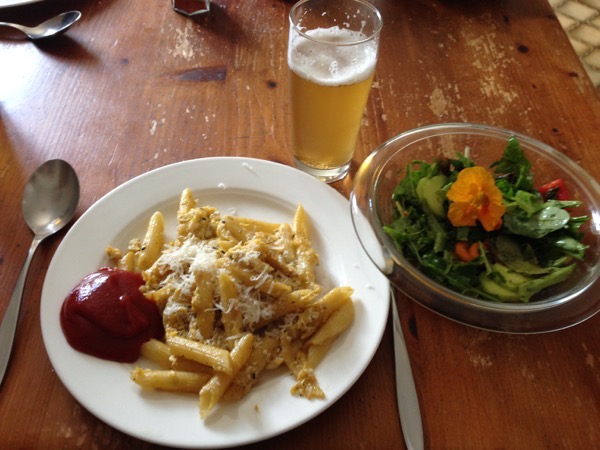 It still seems like a marvel to eat all this green stuff this fresh. And it tastes incredible.

Then I spun and watched and tried writing a little (and I did write but only very little) and then it was time to meet my friend.

We met in Munich and walked halfway through the city while talking. There was a big thunderstorm and we waited for a while until it was not quite as wet. My friend hadn’t taken a raincoat. I did have one which was good. And I had to take a different purse so I could fit it in, and I ended up taking the black purse that is disintegrating, and so I had little bits of black fake leather everywhere for the rest of the day. I think I’ll throw that purse away today. It is no longer fit to be used.

We took a bus back to where we started because it was still raining and ended up in one of my favorite restaurants.

I was home pretty early but then proceeded to talk to my husband for an hour and read for an hour so I went to bed late again.

It feels a little weird to have a day mapped out where I will watch TV all day. I don’t do this often, though.

I also have a list of other things I want to get done, we’ll se how that goes.