Lots to do yesterday, the usual cleaning, the pizza-making (on my own this week, the teaching and the publishing of the podcast.

I did manage everything. But writing. I even spun a little while watching the Tour before my first student came.

Here is a picture of my pizza. I changed the way I make the dough a little. I used to not knead it at all but the day before I decided to use the machine and knead it and it was quite different. Very good. Much better to handle.Next time I will take it out of the oven a little earlier. And try to get the pizza a little thinner and bigger. I might have to use my rolling pin. 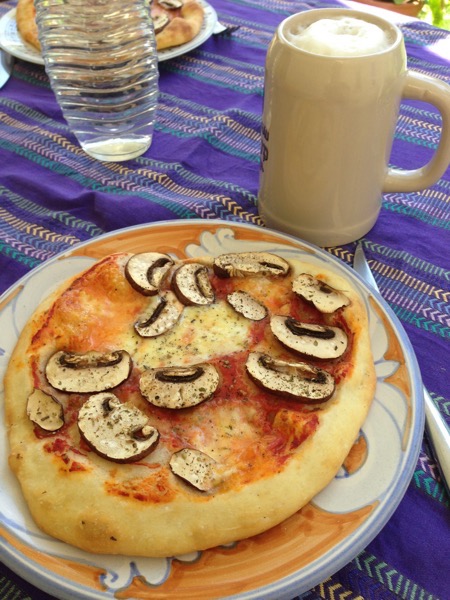 The boy starte a new piano piece and was almost on time for his lesson.

Then I had planned to write before we had to leave for the concert but as usual my mind was not quiet enough for writing. I’m not quite sure if that’s an excuse because I think I could have written if I had tried. Probably. Instead I just let myself get distracted all the time.

I also had to solve the big problem of which purse to take with me. I really need a black purse. But I don’t have one that doesn’t have frayed handles so I paired a purple dress with a brown handbag and black shoes. Classy. 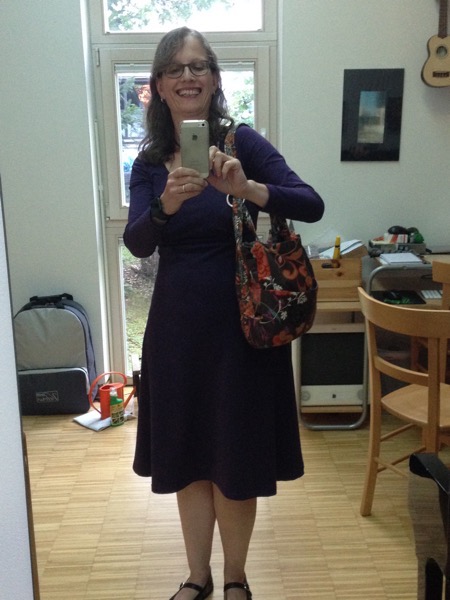 Off to the concert we went. It was nice and a little too long like always. 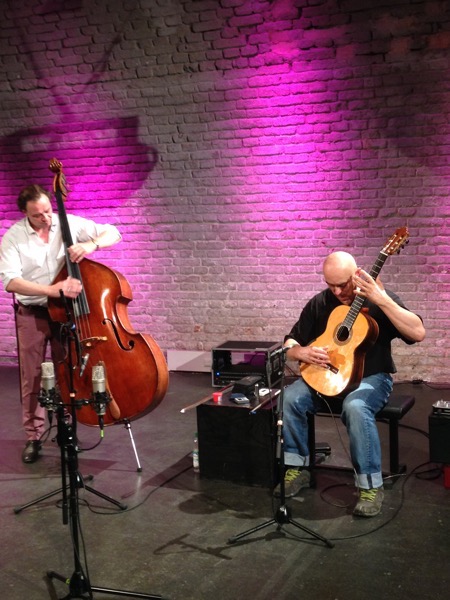 If they had stopped playing five minutes earlier we might have been home almost an hour earlier. There is construction work on the train lines still and so our way home was a little chaotic.

I went to bed way too late because after coming home around 11.30 I stayed up until 1 am before turning off the lights. Bad move.

Today there will be running and a lot of spinning and watching the Tour and in the late afternoon I will be leaving for Munich again to meet a friend for dinner and a walk.