But all in all the day was very good.

I went running while it was still not too hot outside and so the run was sheer pleasure. My heart rate doesn’t seem to go crazy anymore which is rather good. I ran 9.5 kilometers. (One of the downsides of using a US app for half marathon training are these crazy distances I run. The program is set to miles, so today I had to run 9.44 k.

This is right beforef the big field that I always take a picture of: 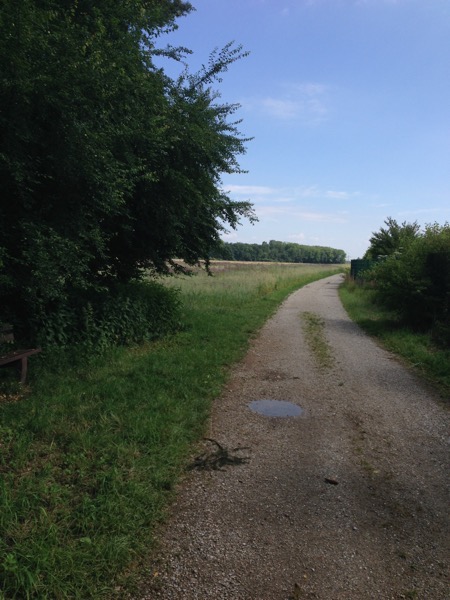 And this is me: 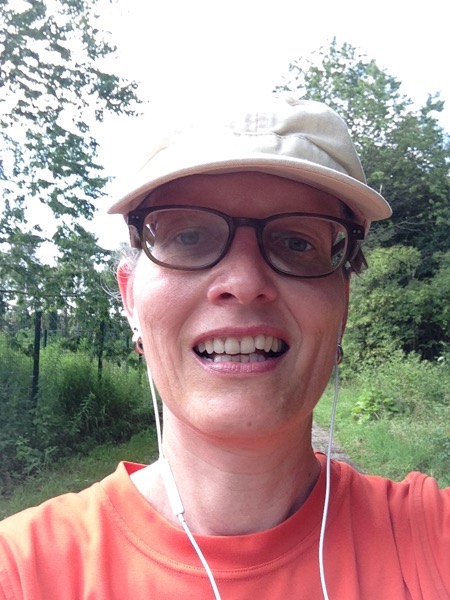 I think the hat was a good idea. I don’t like to wear them but not having the sun shining down on my head might have made the whole thing more enjoyable.

And this is shortly after turning around from the halfway point: 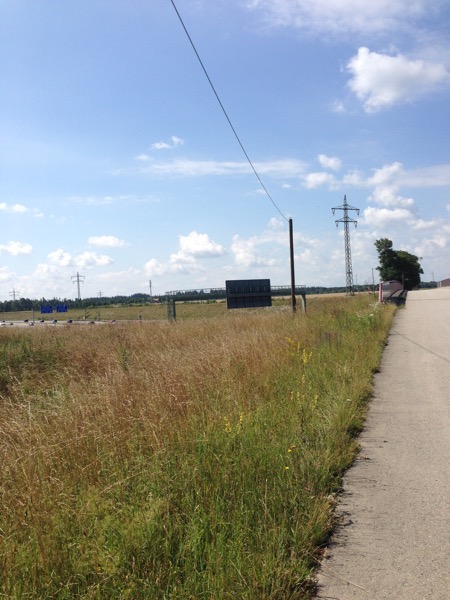 While I’m mostly running through nature and don’t see any cars around the whole area is surrounded by streets actually. This is one of the two highways around it and I run on a bridge traversing it.

There were a lot of people with dogs around today. Of course, there are more people out on a Saturday morning than during the week.

Then I came back home and sat down to watch the Tour de France, helped with lunch a little (and took a shower). Lunch was pretty simple today (well, at least for my husband): 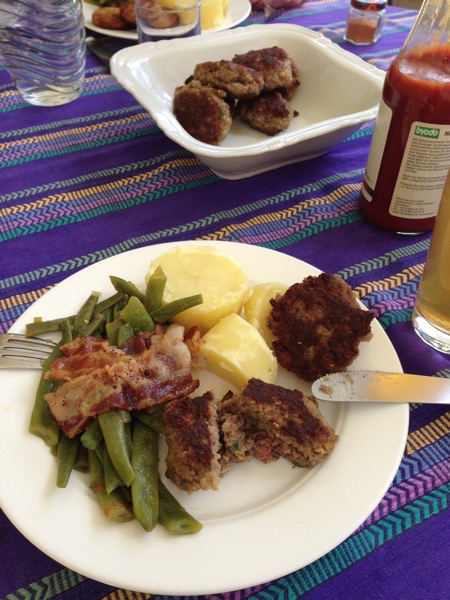 The beans are from the garden. No idea why there is extra bacon on the beans. I’m not complaining, though.

And then I spent the afternoon spinning and plying in front of the TV: 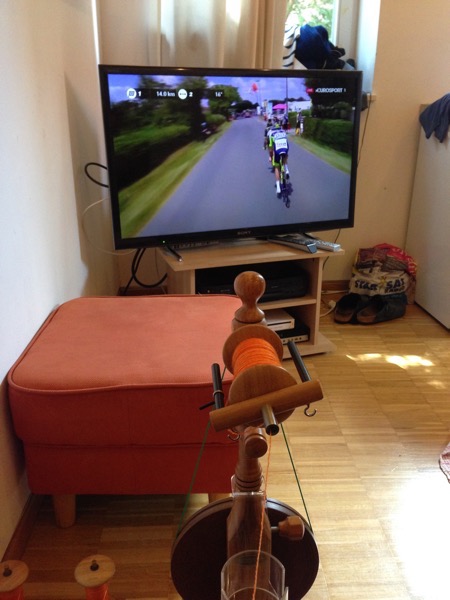 I had quite a few problems with my wheel when I started plying and it turned out that there is something wrong with my lace bobbin. I switched to another one and that went fine. Phew.

I’m debating buying a new bobbin but am shying away because of the cost. When I told my husband he said, „Just buy it.“ As usual.

The big milestone today was that the boy’s electric shaver arrived and he actually shaved for the very first time ever. And it seems that I chose well, no irritated skin or anything. Another phew.

It’s really exciting to see him get all grown-up like that. I like it. He has already been taller than me (and than my husband) for a while now.

Then I procrastinated like crazy, made the apricot jam, watched some more TV with the boy and went to bed early.

Yes, I really need to get back to writing today. I will. I promise.

Other than that I will veg in front of the TV yet again and spin some more yarn. And finish knitting clue 2 of the mystery knit along so that I’m all set for clue 3 on Monday. Oh, and there will be barbecue for lunch.

The days are just packed…