Just for the record: binge-eating and going to bed real late never feel quite as good as you think when you decide to do it.

Of course I woke up around 5 after turning the light off some time around 11.30 which meant I was in a zombie-like state for most of the day. Guess who didn’t write?

Since my third color was all spun, washed, dry and wound into a ball I did manage to finish clue 1 of the mystery knit-along. I also changed the sheets and cleaned the house. As much as I do clean the house.

A package arrived. I had ordered yet another fountain pen (they might be a little addictive): 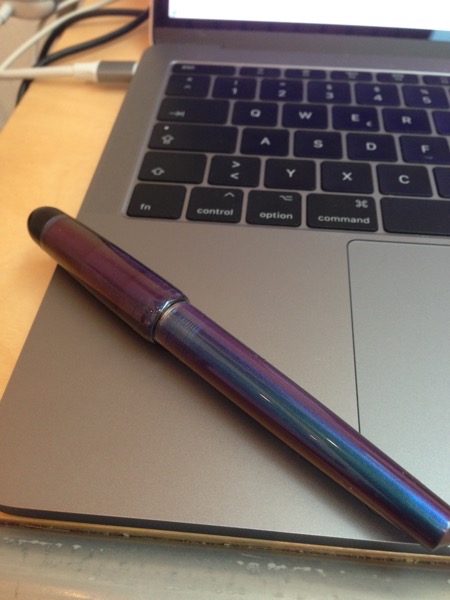 And I helped to make a huge amount of pizza: 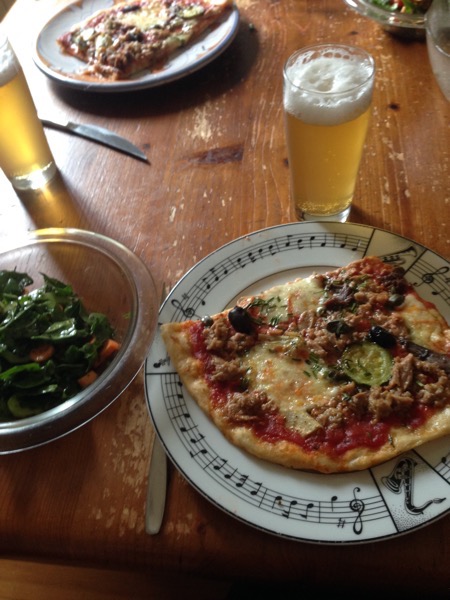 And I prepared the apricots for jam-making. And taught my students.

Then I watched some Star Trek with the boy and some „IT crowd“ and managed to go to bed on time for a change.

Which gives me great hopes for today.

I want to run 9.5 k before the Tour de France starts (which is nigh impossible) and spin a lot. I will also make apricot-jam, of course, and attempt some writing. And to go to bed on time again.

I’m reading a book called „Crank it out! The Surefire Way to Become a Super-Productive Writer“ where the author tells the story of another writer who tracked everything for some time. What he ate, his exercise, his sleep, everything that could possibly relate to his writing productivity. He also spent the same amount of time each day in front of this computer writing. Some days he’d write thousands of word, other days only 100. You know what the only variable was that determined his output?

The only thing that made a difference? How much he had slept the night before.