And that won’t work forever. At some point my life will explode in my face.

I do that all the time, though. A lot of us do, I think. So I’ll be thinking a little about what to take out today while I clean the house. (Cleaning time is excellent thinking time, I find.)

So. Yesterday I woke up from the alarm which doesn’t happen often but since I was out the night before and since I then stayed up an hour afterwards to decompress I really needed the sleep.

I was a little late making breakfast and then I did not write but instead I started preparing for the podcast some more. And then I started swatching for the Ysolda MKAL: 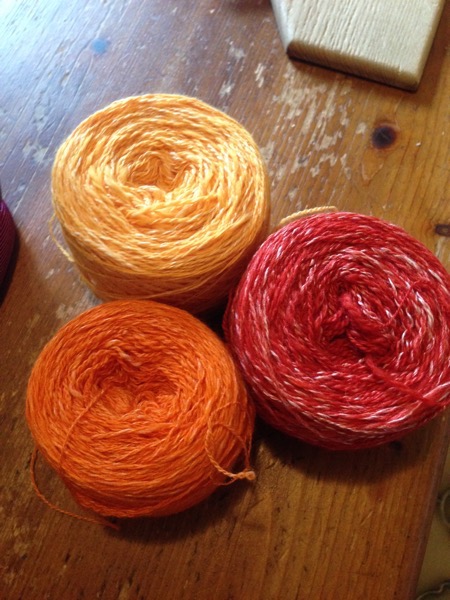 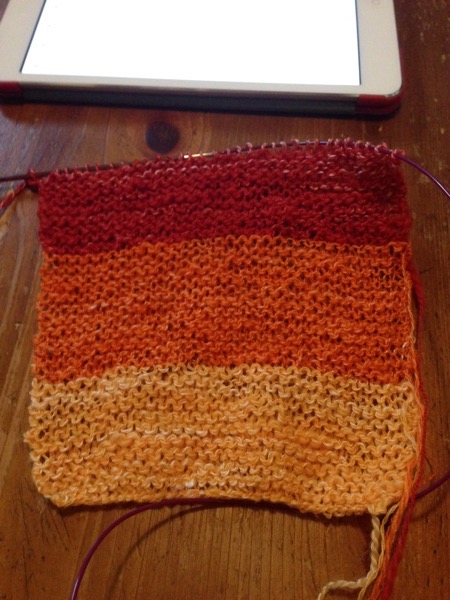 And that showed me that the colors I chose and spun won’t work. Which means that I will have to spin some more. I already have an idea and I ordered more fiber. I want to use the yellow and the orange and make a third yarn that has one strand of yellow plied with one strand of orange.

More work but I think it might be worth it.

I went grocery shopping. It was raining a lot and the grocery list was rather short so I opted for the smaller shop that I can walk to instead of the bigger one that I need to bike to. Oh, and apropos biking, I actually did get two hours of exercise in the day before that by running and riding my bike into the city. Great!

Then I helped making lunch. We had opted for tortellini arrabbiata and since my husband is who he is he had declared that we needed salad with that and then he decided to make fried zucchini blossoms as well. Of course. 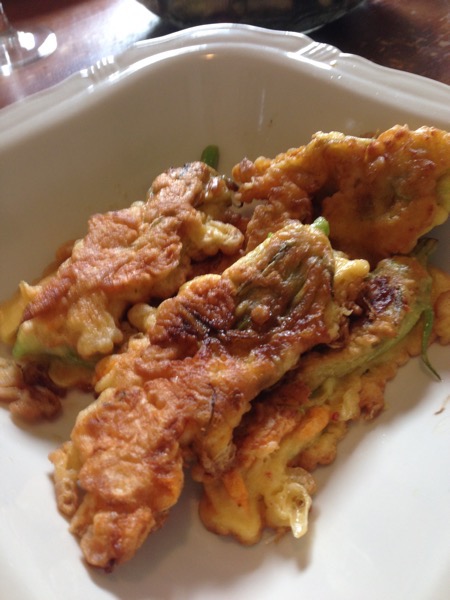 Then I was already a little late with recording the podcast but I managed to squeeze it in regardless. And then my first student didn’t show without canceling. Which was weird.

Then teaching and then a little ukulele playing and then another webinar with the fabulous Jessica Abel again. I did a bit of spinning during the webinar but not much. There really was a lot of information to process and write down.

Then I started writing this, and then I wrote a few words and read some and then I managed to go to bed on time. Yeah!

So today will be a really busy day yet again. There will be writing and podcast-publishing (not that I have cut the video yet) and practice and cleaning and going to the Chinese restaurant for lunch and then a lot of teaching and then in the evening I will collapse and watch something while spinning.