Woke up early-ish, had breakfast and decided not to write right away because I didn’t feel like being interrupted while writing. Of course my husband got up a little later than usual.

I went running and the run went very well. I feel like I am getting fitter which is good: 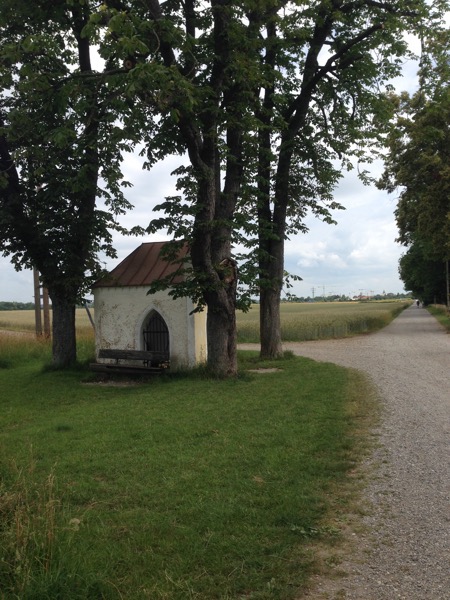 This was my halfway point today. Just after meeting my husband. Here’s the view to the other side: 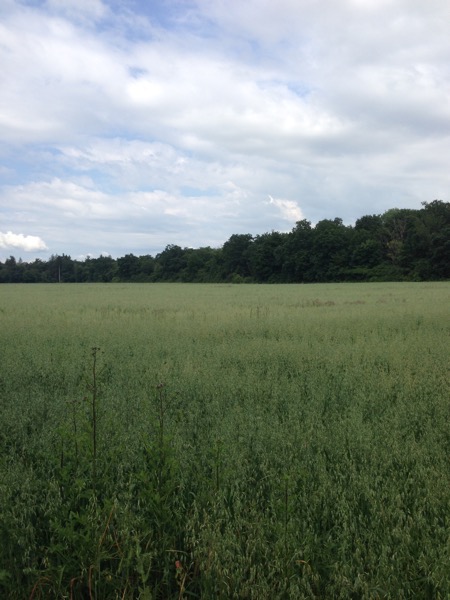 I was early enough that I had time to go to the health food store. Then it turned out that we needed parmesan so I headed out again to yet another supermarket. On the way I got a little irritated because someone was coming up from behind on a bike but it turned out to be the boy. We had a nice talk while buying cheese and bananas. And we looked at razors because the boy is starting to need one. He wants an electrical one but my husband uses a blade and soap and a brush so we need to do research.

Then there was shrimp risotto for lunch: 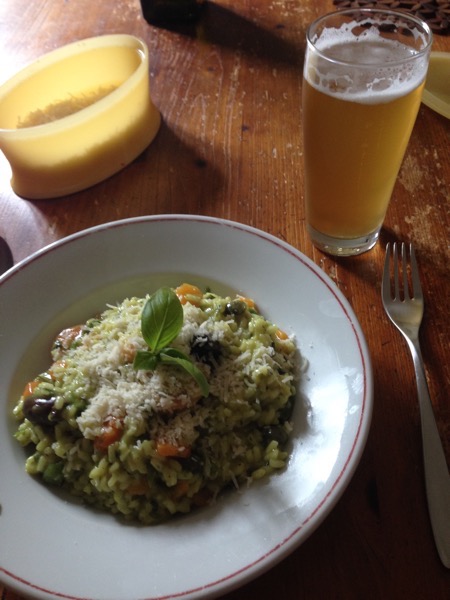 Now we have reached the level of daily food photography where my husband leaves out extra basil for decoration. No idea where this will end…

Then I procrastinated a bit instead of writing, wrote a little after all, phoned the father of a student back who canceled so she could watch the soccer game, German versus South Korea. Which meant that I could watch the game.

It wasn’t really worth it but I managed to get some spinning done. 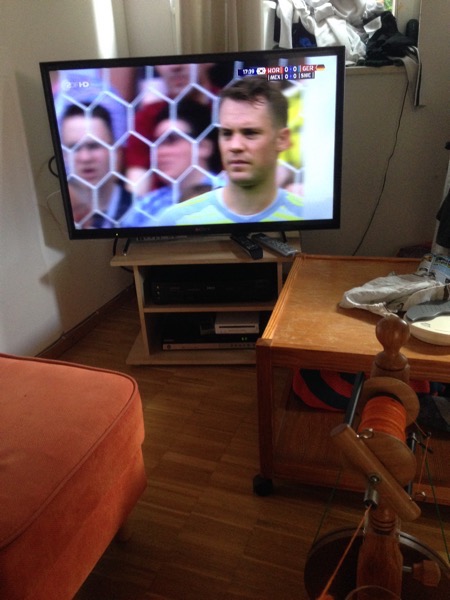 Germany lost, apparently. I couldn’t watch the second half because I had to teach after all. I gather that that half was about as exciting as the first one so while I would have liked Germany to stay in the World Cup they actually didn’t really play well enough.

Then I practiced ukulele form about five minutes or so because I made a pact with two students yesterday that each of us has to play ukulele every day until next Tuesday. And then I hopped on my bike.and went to the Stammtisch. Well, it was only the woman who organizes it and me. We still had a nice evening, I had very good pizza and a beer. And I am thinking about volunteering. Which isn’t exactly in my nature. We’ll see.

And then I biked back and wrote most of this and read a little and went to bed a little late.

Today there will be no running. But there will be writing and music and the recording of the podcast and another webinar. I am really looking forward to this one. It is part two of the one by Jessica Abel that I attended some time ago. I really like her and her webinars.