Yesterday was actually a pretty good day but I’ve been feeling down low and giddily high almost every day. At times it feels like there are all lows but of course that’s not true.

It’s funny because at the time I write these posts I forget about the black hole and am hopeful and optimistic, and then – just an hour or two later – I go down again. Now that I’m seeing the pattern it is rather interesting to watch. Some of it might be hormonal, some of it has to do with the amount of energy I have at that time of day, some of it comes from being hungry or satisfied, and it never stays the same for longer than an hour or so.

It would have been easy to hunker down in the black hole and declare the day a disaster. Basically every day in the past few weeks but that would have been a shame. Life is good, even if I feel awful at certain times of the day.

One huge factor is the writing, of course. I am getting closer to finishing the current project and there is both an excitement at being finished and done and the fear of it never getting finished and of it being really bad and everything in between. I guess this is just part of the creative process. Like having stage fright.

And I always feel bad on days where I don’t write much. This week has been a little better but yesterday hasn’t. The story is stuck. I did poke at it several times throughout the days but the unsticking hasn’t happened yet.

So I got up and had breakfast and did all the usual things, and tried to go running a bit earlier than usual because it was another sunny and rather warm day: 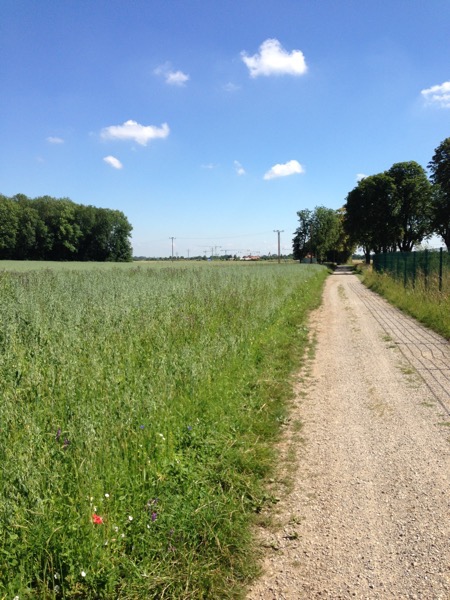 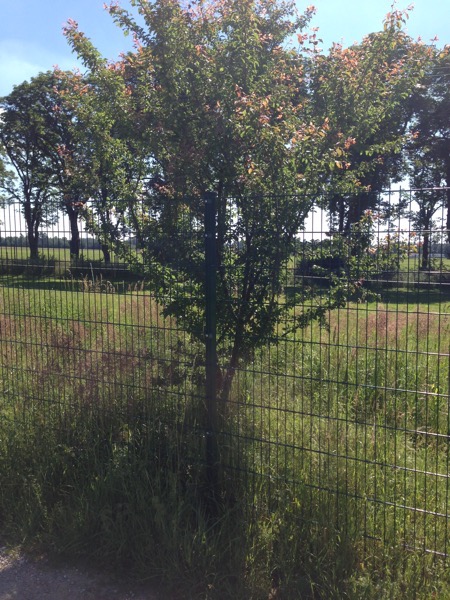 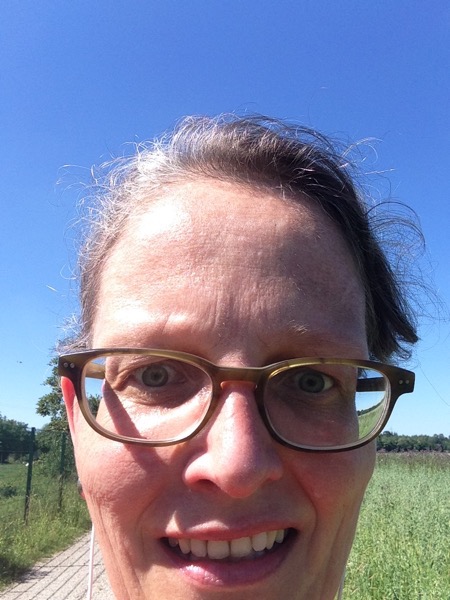 I’m starting to run out of ways to take photos of that field, by the way.

Then there was a wonderful, wonderful lunch: 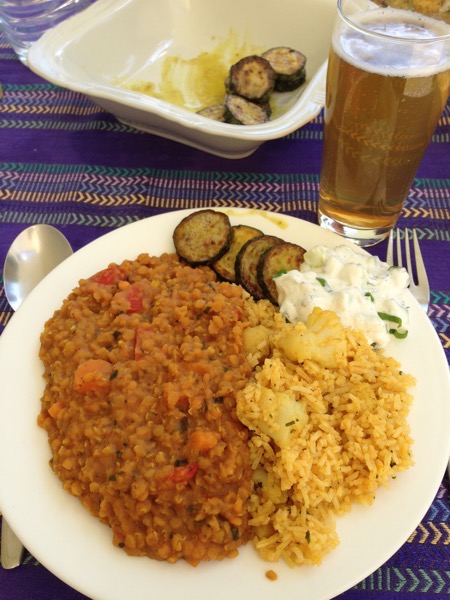 Doesn’t look like much but this is homemade Indian food. There are cucumbers, zucchini and herbs from the garden in this. Since we were running earlier and were pretty hungry afterwards we had lunch so early that we were all finished by the time the boy had his lunch break.

So I sat with him a bit and I took a picture of the garden for my mother to cheer her up: 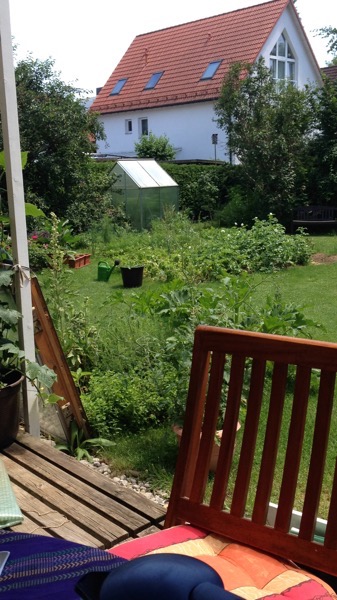 Then there was a little music and a few students and some plying and then early to bed, as usual.

Today there will be the grocery shopping and only a little teaching and I’m hoping to make up for yesterday’s lack of writing. Lots of wonderful things to do and dozens of great books to read. Life is good. Including the darker bits.