Yesterday reminded me that when I don’t get enough sleep that always make me feel low and a little desperate and down. Fun!

I did stay up late because I wanted to write some more, and then I wanted to finish reading „Emma Schumacher und der verschwundene Professor“ which I highly recommend. I met the author through her sewing blog first, and have downloaded all the novels and stories I could get hold of but only started reading this after a conversation we had on instagram about marketing, like one does. And well, I don’t ever read anything in German and that was the reason I didn’t dig into it right away, I have to say reading a novel in German felt positively alien to me. And yes, I know that’s ridiculous.

But I enjoyed it so much that I set aside all the other books in progress (I think I started five new books around the 12th) and sat there reading it until the wee hours twice in a row.

I did start the second in the series first thing this morning and then went off to finish something else I had been 30% in before. That’s how I roll. 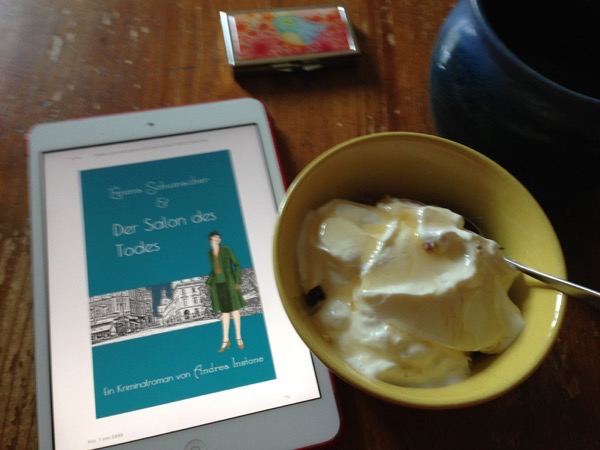 I did get the sock heel done at last, third time was the charm. Note to self: count diligently, twice, and make sure you have read the pattern properly.

I went for a run and felt like a complete failure through most of it. My legs were fine, again, and my hip isn’t hurting anymore (yeah!) but I had a hard time breathing. Felt almost like I had asthma again, and my heart rate was really high. Turns out the minute that hits 148 I will stop running and walk instead. So my overall pace was something like 9 minutes per kilometer which is really, really slow.

That together with my black mood made me feel like giving up everything.

I then reminded myself that a) this is not about speed, b) it is probably allergies, c) it was warm and humid, and d) not getting enough sleep might also have something to do with it and e) the minute I write again I will feel much better. 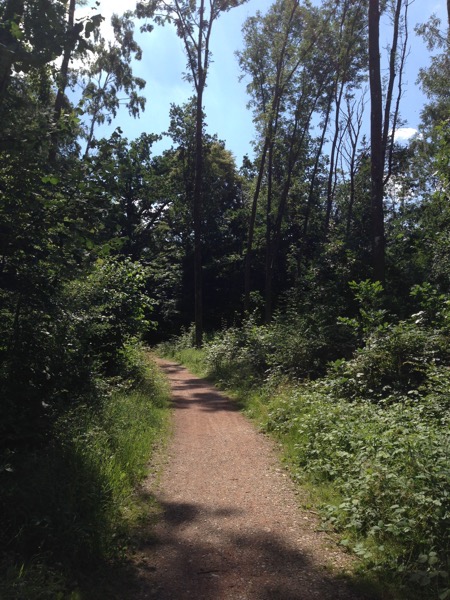 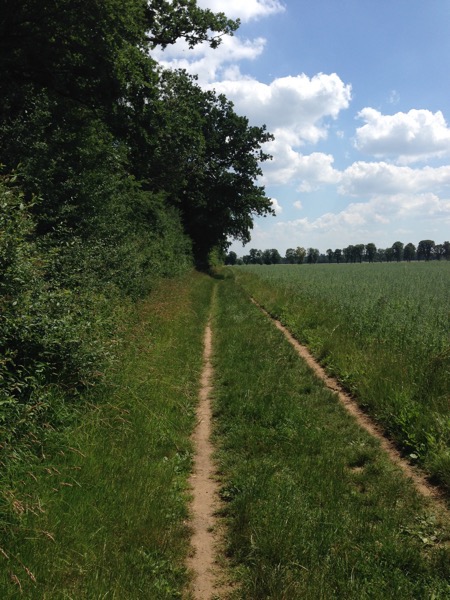 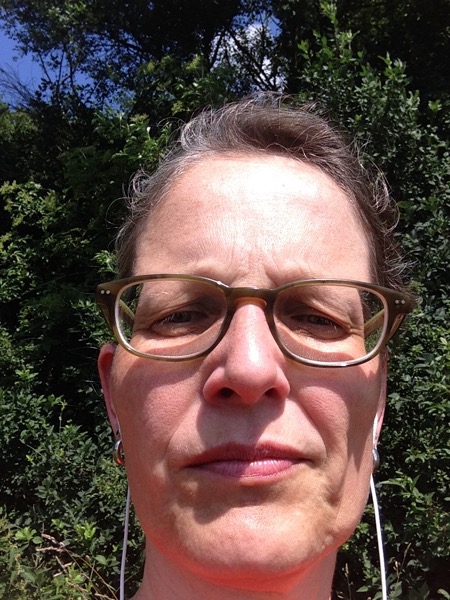 I was blinded by the sun, not as cranky as I look.

The very nice thing was that this time when I was on my last 1.5 kilometers my husband showed up from behind me and we ran/walked back home together. He was nice and slowed down for me.

Then we made cannelloni which took quite some time so we had lunch an hour later than we wanted. (Apparently I forgot to take a picture. It didn’t look all that stylish but it was rather good.)

I spent most of the afternoon spinning while watching a series about people building houses, and then I procrastinated about writing and saw „Star Trek“ with the boy. While spinning.

It is a little hard to time these sessions at the moment because the soccer World Cup is on and my husband has been basically watching that all through the day. On and off. He did not watch the first half of the Peru versus Denmark game so that we could watch something which we really appreciated. I wouldn’t mind watching soccer, it’s just that the noise is bothering me.

Then I attempted to write some more, and went to bed on time for a change.

Today I’m hoping for another day with not much to do, I really do like those.