Well, since I decided to not only stay up for the webinar until 10.30 but then also to start reading a new book and have another beer I was not feeling all that rested in the morning. Even though I had set my alarm for 6.30 instead of 6. (Spoiler: I woke up at six anyway, ugh.)

That meant I was a little late with making breakfast but then the boy was very late for breakfast so it didn’t make much of a difference. When asked why he is getting up too late every morning he said that he was getting up and dressed at 7.15. Which is the time he should be downstairs to start eating breakfast.

Because – as you all probably know – getting up late because you’re dreading the day just makes you dread it more and stresses you. If you get up and dressed early you have this wonderful time in the morning where you can enjoy your breakfast and tea (or coffee) and maybe read a little and talk with your family. When you get up later you still need to get ready but you will feel awful all the way through while deciding if you have still enough time to wolf down breakfast or if you have to leave without it.

Because I had stayed up late I was having a slow, slow day which meant no writing after breakfast (I can self-sabotage with the best of them.) I did get out the door for my run on time: 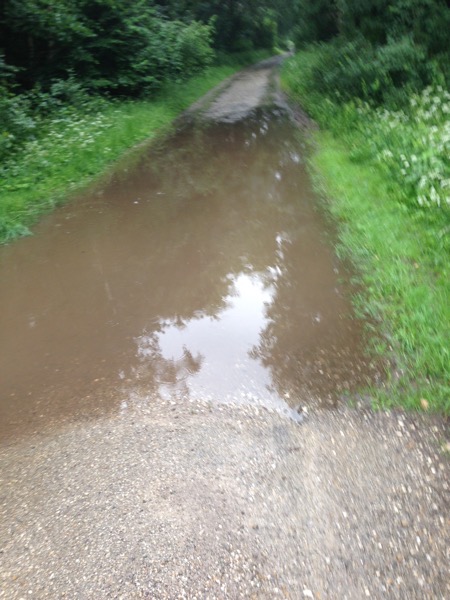 It was a little wet from all the pouring rain yesterday. 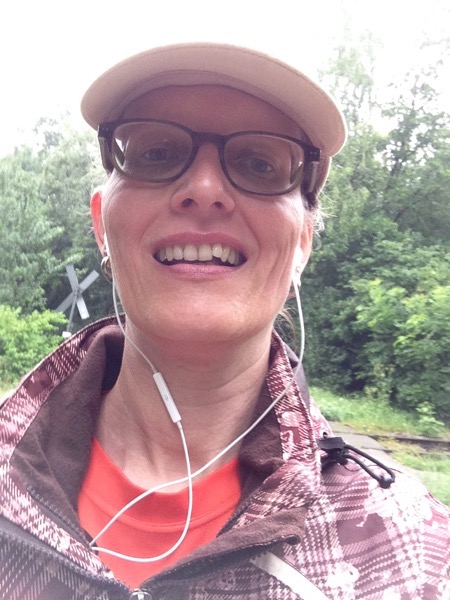 This is me wearing a cap so that my glasses stay mostly dry. 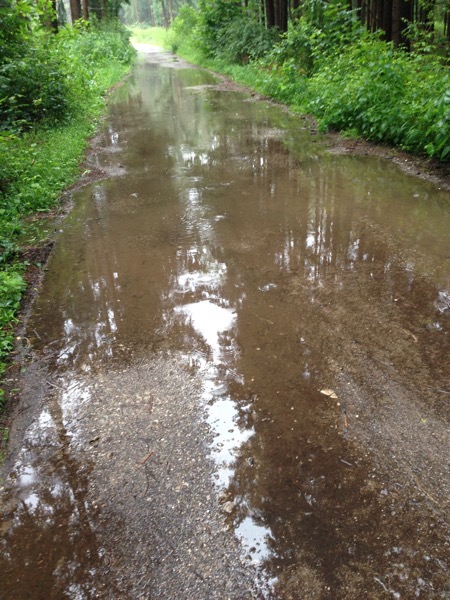 This was one of the spots where I had to wade through the puddles in order to get to the other side. My running shoes are not waterproof so I came home with my feet soaking wet. I didn’t really mind, though, funny enough that kind of weather is less annoying when you are out and about in it.

I helped making lunch which was just quick and plain and very German: 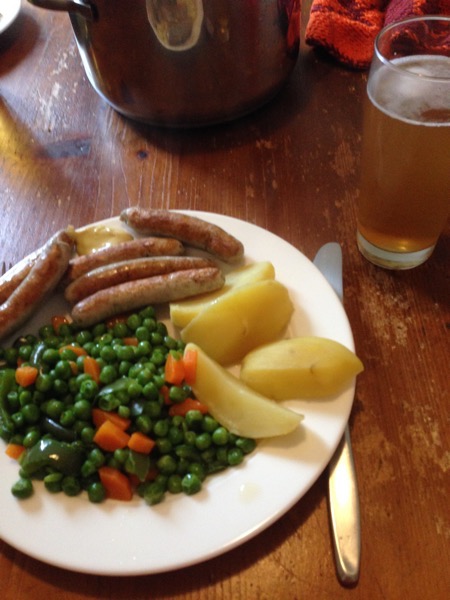 And yes, we ate inside.

After lunch I had a one-hour slump before pulling myself together to do the dishes. I still had time to write but almost fell asleep when I tried.

My first student didn’t show (she often doesn’t come when it’s raining and she never calls to cancel which is irritating) and the second canceled. Then I had a big break that I used to start writing this post and avoid more writing.

Then two more students and no dinner. I was very firm with myself and managed not to binge-eat later, even.

I had planned to get ready for bed very early because I know myself and when I’m that tired I only have two options: 1) hang around and get nothing done while feeling awful until it is really, really late and start the same thing over the following day, or 2) get completely ready for bed around the time you’d start a toddler’s evening routine. (Brushing my teeth is also an excellent strategy against late-night binge-eating and deciding that I really want a beer after all.)

Then I wanted to sit in bed in my pajamas, read or write a little and if I fell asleep in the middle of something I am already in bed, no harm done.

Well, I’ll just leave a note to myself not to sit in the kitchen in the evening and spin where it smells like food everywhere…

So today I want to record the podcast and teach my students. And get back into my routine yet again.