So I called my mother on her mobile right away after breakfast. It seems that she had tried to send me a message before but it didn’t get through because of spotty wifi at the hospital. So she thought that I knew she was there.

Apparently she had an accident on Tuesday. She was riding her bike along a street and at a crossing there was a car. The car slowed down, she slowed down, she had right of way, she was sure the driver had seen her, so she went on crossing the street – and then she flew onto the car’s windshield and slid off the car’s hood.

The driver apparently hadn’t seen her. He did call the police and an ambulance and she was brought to the hospital. (I still don’t know which hospital she is at but I’m guessing the one in town.) She has loads of bruises, one of them severe enough that she had to have surgery on it on Friday. One of her lower vertebrae is broken but she says it’s way less sever than the one she broke back in November. And she broke her big toe.

My father, in his usual fashion, has not visited her or even called her on the phone, and has not told anybody.

My aunt is the one helping my mother and bringing her things like her toothbrush and nightgown and such.

I am trying hard not to dwell on what could have happened. I have the impression that she is well cared for, and it might be a good idea for her to stay in the hospital a little longer.

It is still a little surreal that she had the accident on Tuesday and I only heard about it on Friday. I’ll live, though.

I went running, and took a few different pictures that usual: 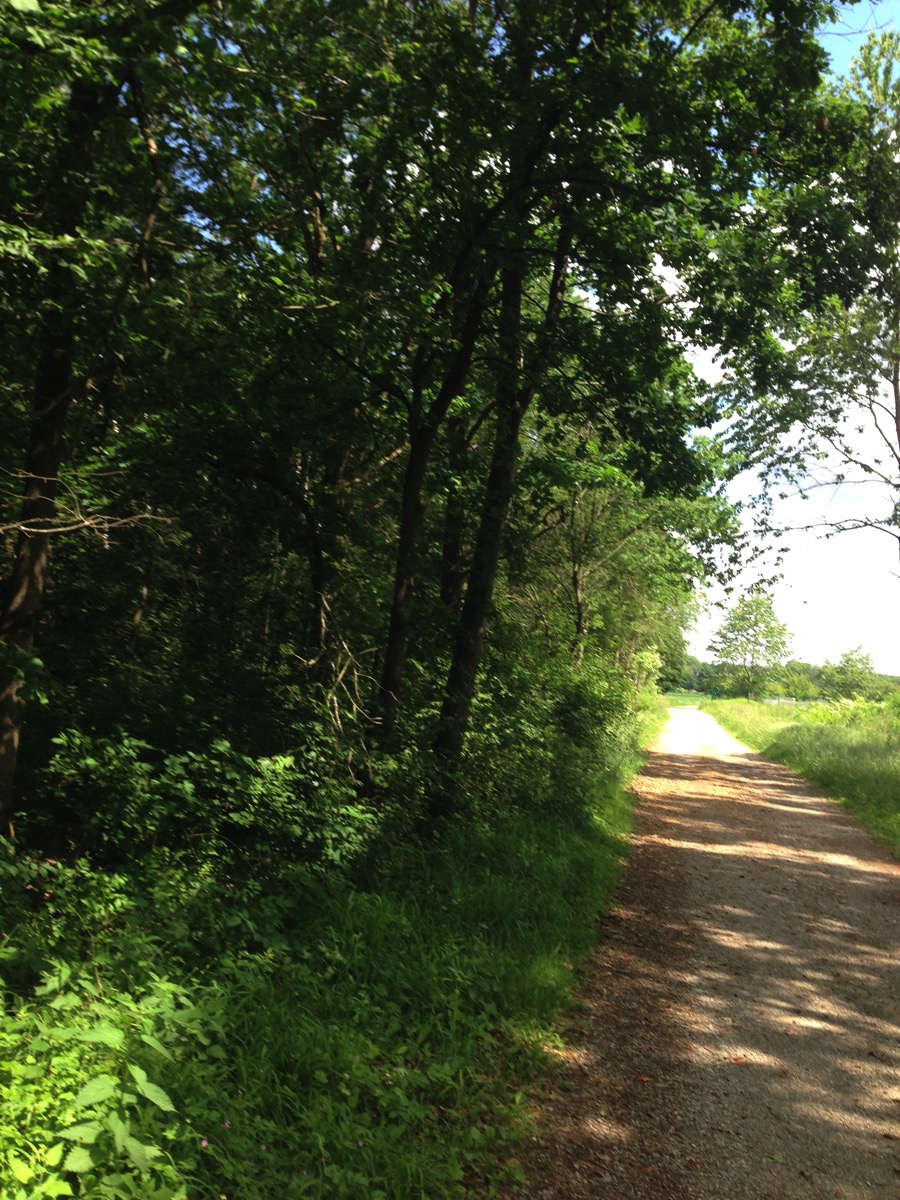 Proof that it was allergies that made me miserable while running is that the use of anti-allergy medication makes me non-miserable: 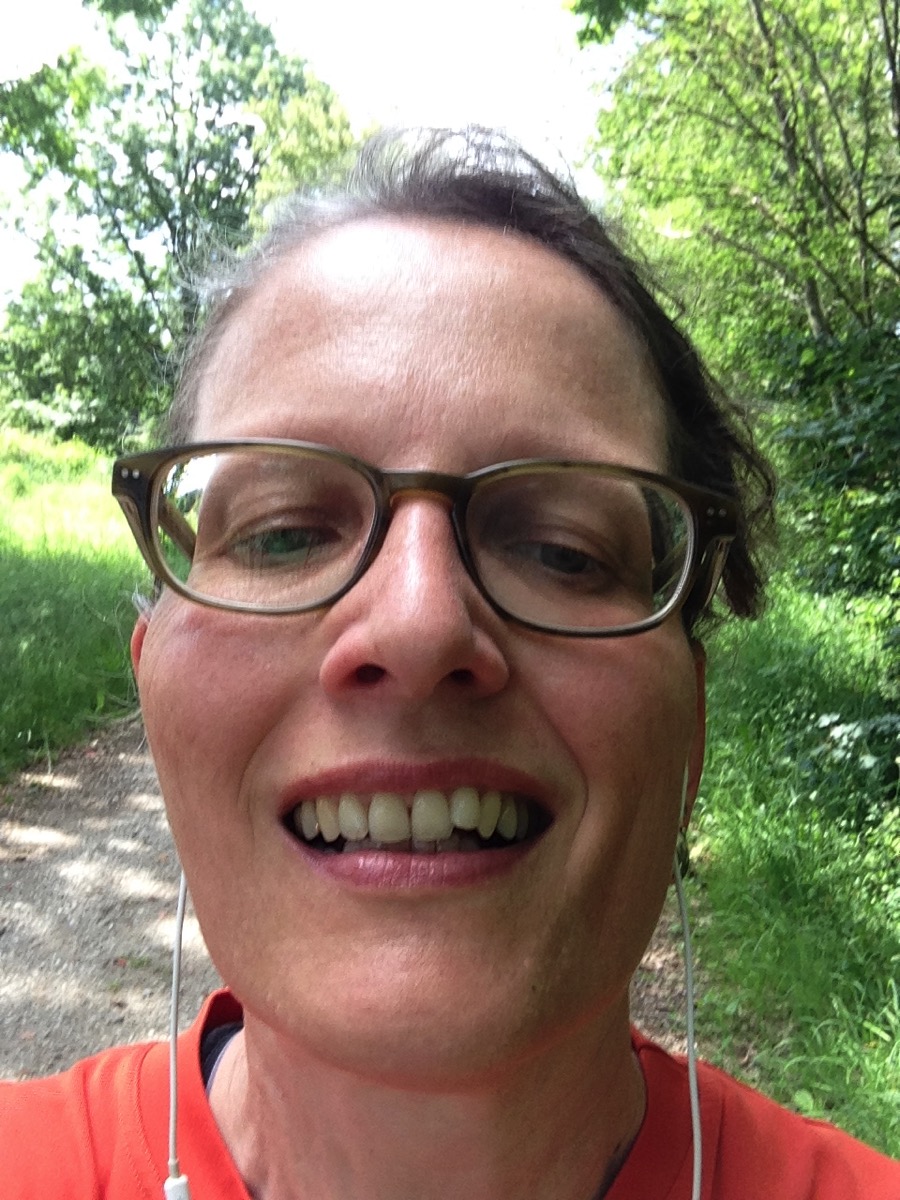 Then there was a delicious lunch again with superb Riesling: 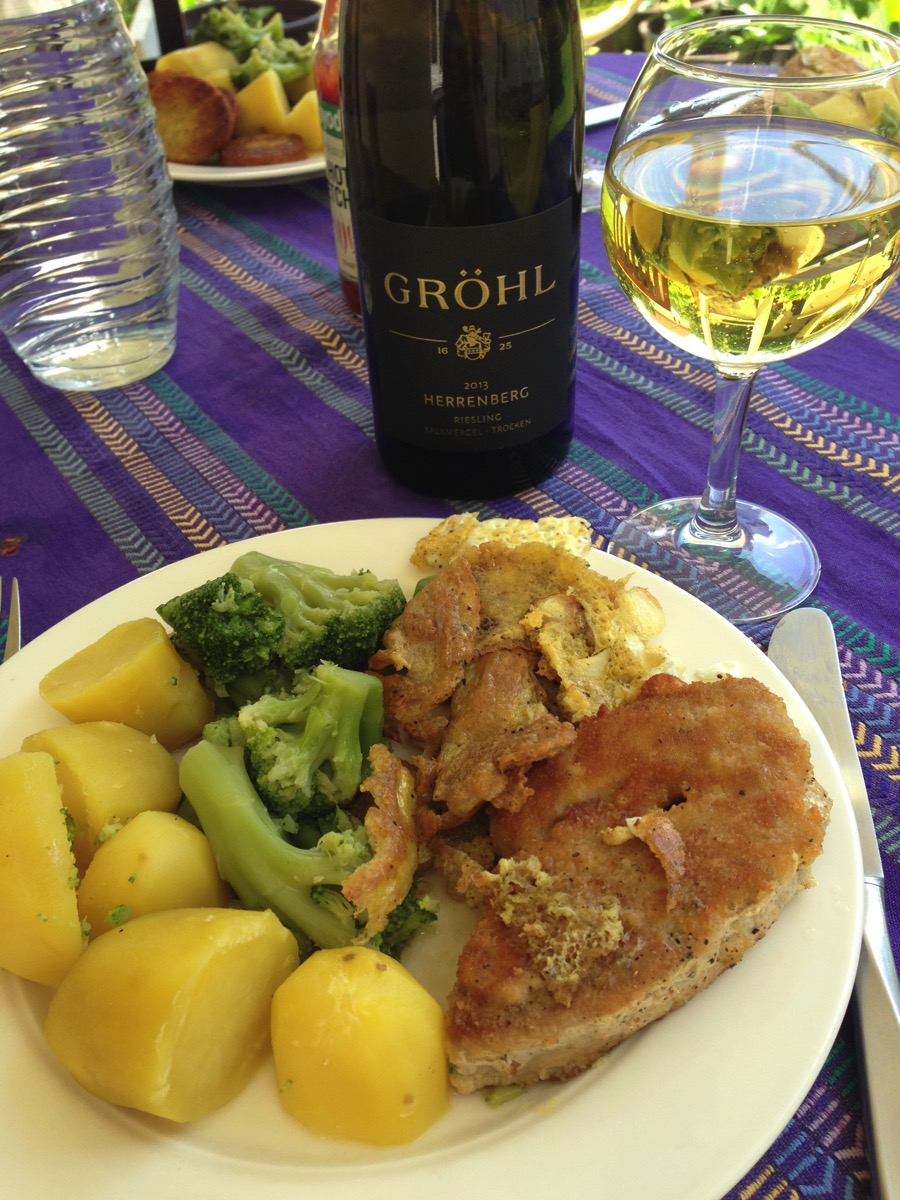 The boy got to try a sip and said, “Tastes like alcohol. A little bit like champagne,” while I was busy exclaiming how fruity it was, and how mild, and that it reminded me of apricots. He probably thought ‘champagne’ because the one we usually drink is made from Riesling.

And yes, my husband fries everything in egg and breadcrumbs. And there is never enough broccoli because the packages of organic broccoli are rather small.

Then I procrastinated about writing for a few hours with rather meager results. And I managed to cut out the inlay for the dress I’ve been meaning to make for ages.

I sat in the garden while procrastinating, very nice.

Today there will be procrastinating about writing yet again, and reading and not much else, I think.