How great that I got to prove that…

Woke up super-early yet again, and wanted to start writing right away. Did about 300 words while still in bed.

Made nice progress on the sweater I’m knitting, the body is done up to the underarms and so I started the first sleeve.

I went running. It was 6k instead of 5, it was really warm and for some reason I felt weak and a little meh. So I walked a lot and took it slow. My running app decided to crash again, some time after kilometer 4 and not only did I lose all data on that run, I also had to delete and re-install the app and all my progress was lost. Not good. I played around with a few other apps but I don’t really want to subscribe to anything, and so I am a little stumped right now. I will try if I can prevent the app from crashing if I don’t let it run in the background. Because when I still did that it never crashed. It did use more battery, though. Which might be a problem on the longer runs ahead. (And I just realized that I’m doing the wrong week of the training program. Should have done a 5k today, oops.)

But the weather was gorgeous again: 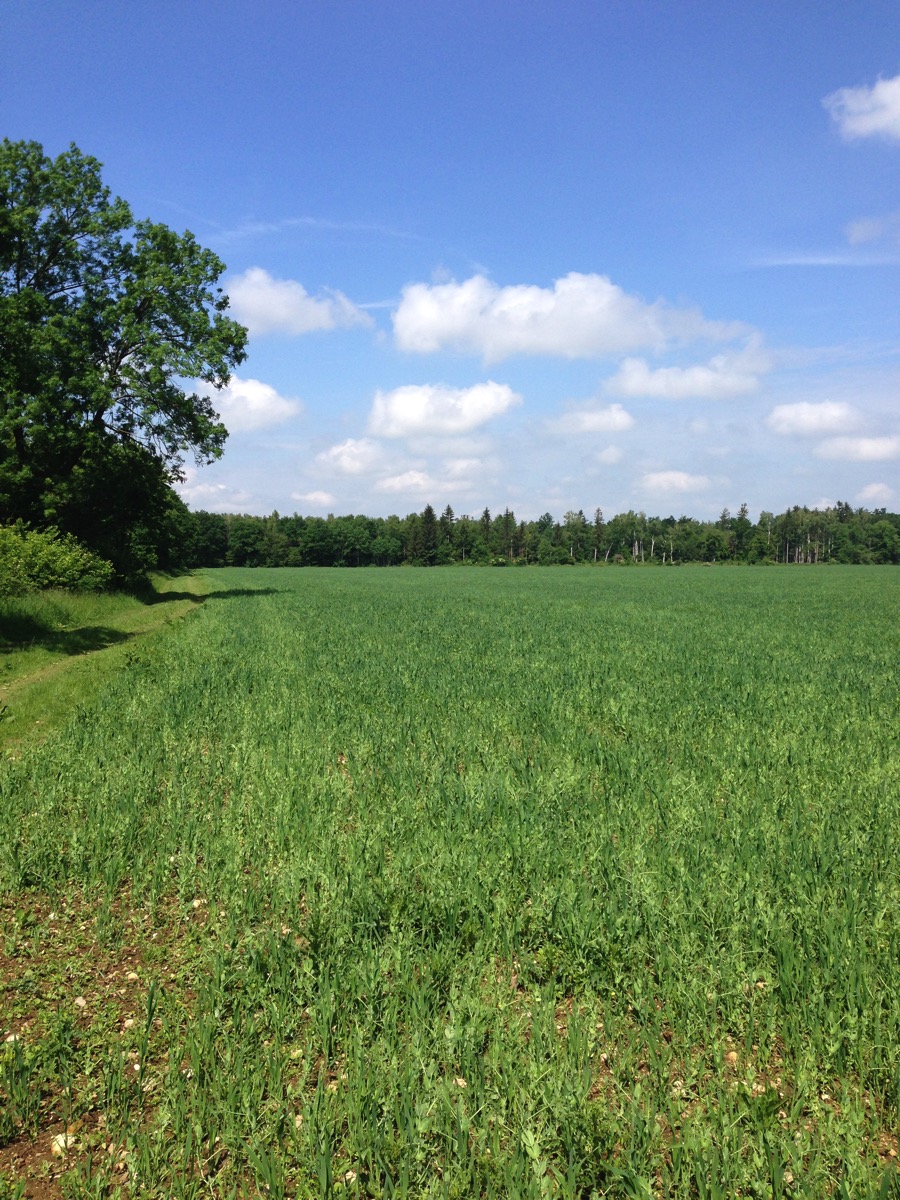 In the afternoon I spun and watched the Giro and tried writing more words. Which I did. But not as many as I wanted.

And then I taught my one student of the day (still Pentecost break) and went off for that Stammtisch. By train because while my weather app had said there wouldn’t be any thunderstorms until 11 pm or so, this is just a weather app. It can’t really tell the future. And the sky didn’t look all that clear. Not like in the morning. Which was a very good thing because drops started falling from the sky when I was leaving the house and when I left the restaurant in Munich it was raining real hard. Only light rain back home but still. I wouldn’t have liked to be out in a thunderstorm with pouring rain on my bike.

I came home somewhat early but still went to bed way later than usual, of course. Only six hours of sleep.

Today I will run again, and basically do the exact same things I did yesterday. I will have to change my writing habits, though, if I still want to get this thing finished until the end of the month.