You know, I’m very big on new beginnings, and changing my life for the better, and every Monday feels like an opportunity to do so,

That doesn’t mean I didn’t start the week all grumpy about what I didn’t get done last week but still.

I knew I only had very few students, and another one canceled at the last minute, and so I decided to make the best of the day.

I only succeeded somewhat but the great thing, that towering victory over procrastination was that I actually cut out the fabric for the dress I want to make: 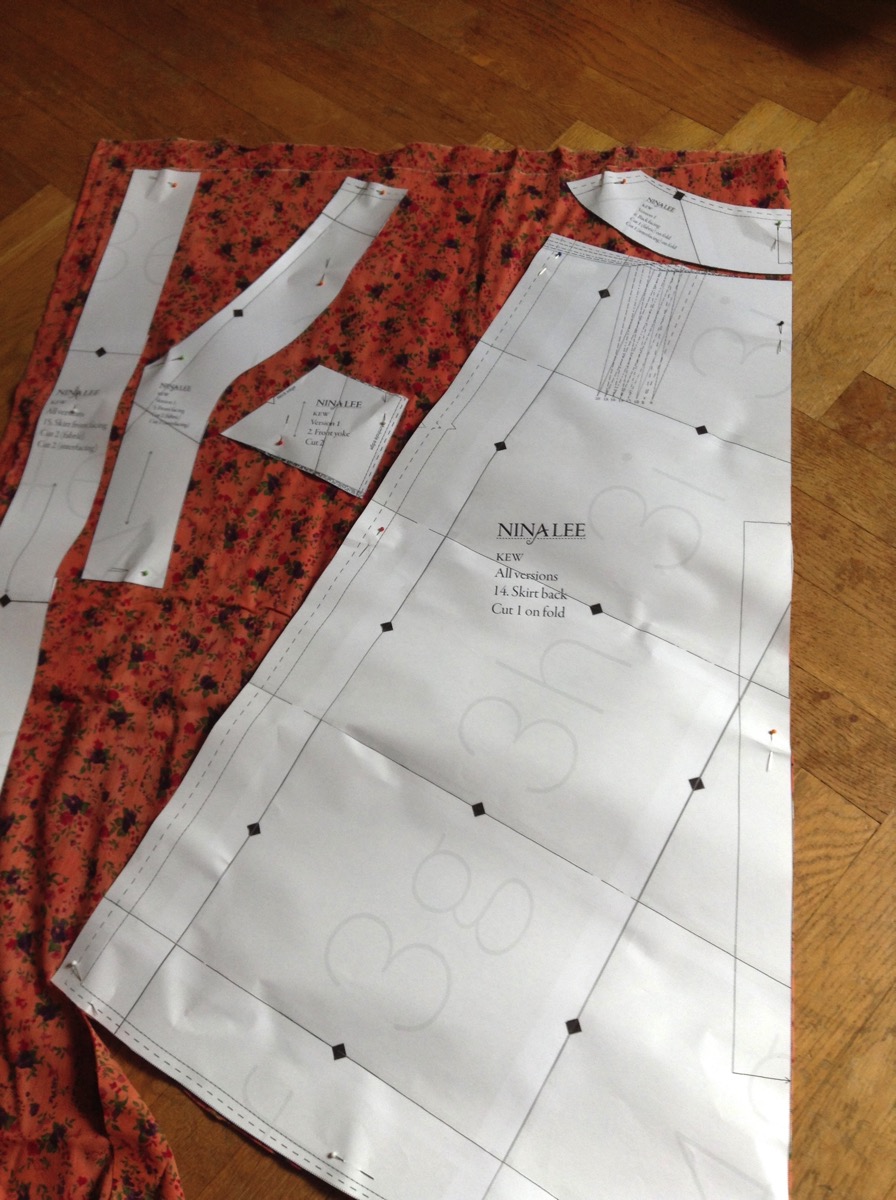 Oh, and while I was spending about fifteen minutes to get photos into this post I also found the one I took yesterday of my „un-plying project“: 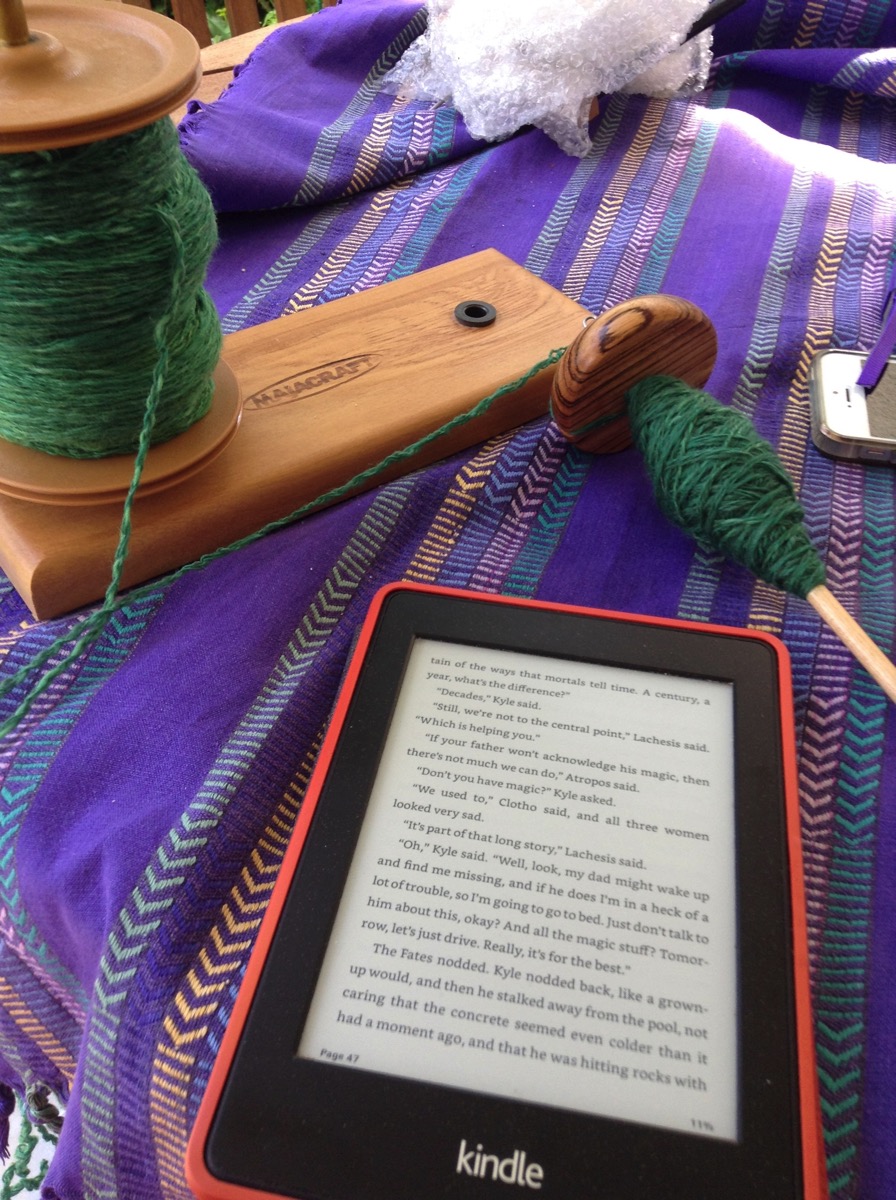 I ran, and this time I actually ran most of the way. Which is pretty unusual for me. My husband just told me the other day, „I saw you out running but you were walking more than running,“ and I realized that he was perfectly right. I run less than half of those 5 kilometers. So today I decided to start running the minute I entered the woods and only stop once I came back to the street.

I didn’t succeed as such, but I ran most of the way and got my time down to 8:46 per kilometer. Which is awesome for me. Which also means that there is still quite a bit of room for improvement.

After cutting out the fabric and finding that I didn’t have enough interfacing to cut out those pieces too I had this great idea for the novel so I wrote that down.

And then it was time to teach my students. And I only did my singing warm-up beforehand, and one of these days I will practice piano and guitar as well again.

Then I forced the boy to practice piano until his fingers bled.

Well, not quite. He has really sensitive skin and he did’t use any hand lotion all winter which means the skin of his hands is cracking right now. I did convince him to try lotion (he hates the feeling on his skin) but it will take some time until everything is healed. And every time he play the piano his fingers protest the movement. He’ll get there eventually. The use of hand lotion is one of our, „Leave me alone!“-topics right now.

It is really fun to be the parent of a teenager at times.

I actually did write all of 500 words after teaching. And then I realized that this could be an evening watching Star Trek because of the holiday tomorrow, so that’s what we did.

And then I had to wait for the boy to take a shower before doing the dishes, and then my husband had to talk to me because something had gone wrong with the new box and speakers he had bought. (Well, new box, vintage speakers. He did wire them in and something must have gone wrong which apparently was very frustrating.) Just as I was trying to get that picture into this blog post and failing.

And then was now and I was writing this post but I’ll post it tomorrow morning because the wifi is down right now. So that the boy and I will go to bed on time.

So when I’ll post this it will be tomorrow. Which will be today.

Which will mean that today I’m planning to mostly do the taxes and some writing and that will be it.

I did set up my bullet journal for May and reviewed my goals for April and I can just laugh maniacally about them. Seems the month didn’t quite go as planned.