So that one got me from behind. There was no Saturday slump this week, so it sneaked up on me and became the Sunday slump instead.

Though I was somewhat productive anyway.

I slept in until seven or so, and then had breakfast real late, like, at eight. I talked to my husband for ages. And I wondered how it must feel to have parents who always talk and talk and talk about things they find really interesting. We talked about the concert last night, and about jazz in general and about free jazz and Coltrane and Coleman and Elvin Jones and then about our childhoods and education and then a bit more about music, and since I’m me I sprinkled some things about health and nutrition in there because I’m reading a book right now again.

I don’t think my parents did that when I was a kid. They sure didn’t talk for hours about anything, much less about something like music or literature or history.

At lunch we looked up something, oh no, it was the boy’s breakfast where he mentioned that the concept of „sturmfrei“ doesn’t exist in English and then we went on to look it up to see where it came from. I was right that it had something to do with student speak at one point but I didn’t know that it had a military meaning before then. These days it usually means having the house to yourself without interference. Like when you’re a teenager and your parents are safely away so that you can have a secret party if you want you have a „sturmfreie Bude“. Bude meaning something like abode or booth.

The original meaning was a place that couldn’t be taken by an attacker. Because storm can have several meanings in Germany.

And at dinner we had a conversation about growing wine, and the south of Italy, and Ireland and then we looked up ‚Celtic‘ and ‚Gaelic‘ as one does.

Though I do remember a lot of times when I was still living with my parents when we would get out the encyclopedia.

So I did some yoga this morning for the lower back and hip which was rather nice and helpful, and then I helped making an excellent lunch, and then I sat around for a bit, reading, and then I saw that there was a bike race on TV, the Liège – Baston – Liège which I had never seen before, and so I spontaneously decided to spend some time plying the lace yarn I had spun. 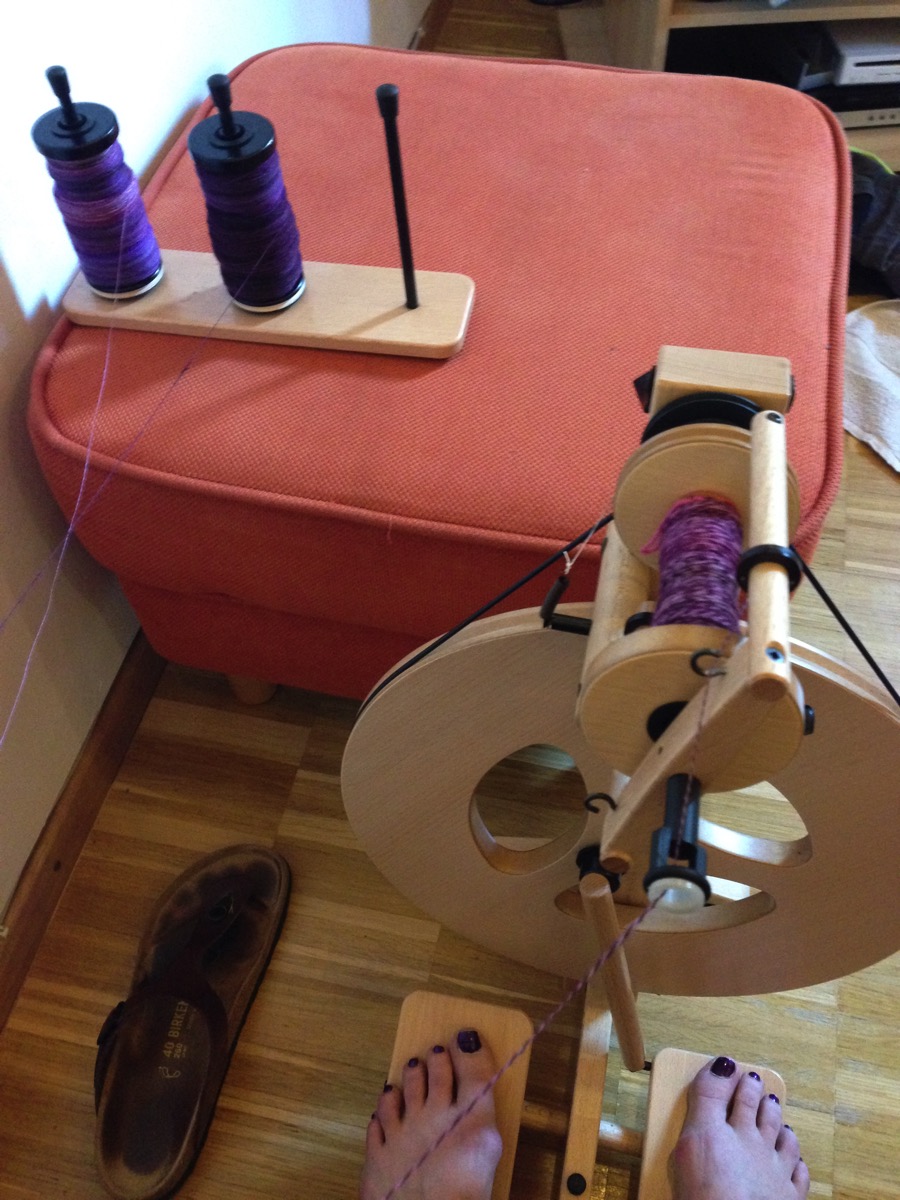 I did play quite a bit of music – which was fun – but I did not write a single word, and I did not do anything tax-related.

Well, you can’t do anything.

Oh, and it seems I will be in Hamburg next year. I already booked a hotel, and that was pretty exciting too.

Today there will be the usual Monday things, like running, and teaching and such. And I really need to get moving on the taxes, and also on the writing.

My writing program tells me that if I were to write about 4,000 words a day until the end of the month I will be able to finish this novel until then.

Of course, since I have written an average of 500 words per day so far I deem that highly unlikely.

Would be rather nice, though.