I went for a walk, the first exercise all week. I’m still not a hundred percent. And I don’t like it.

There was Nusszopf for breakfast for my husband and the boy, I had some in the afternoon. 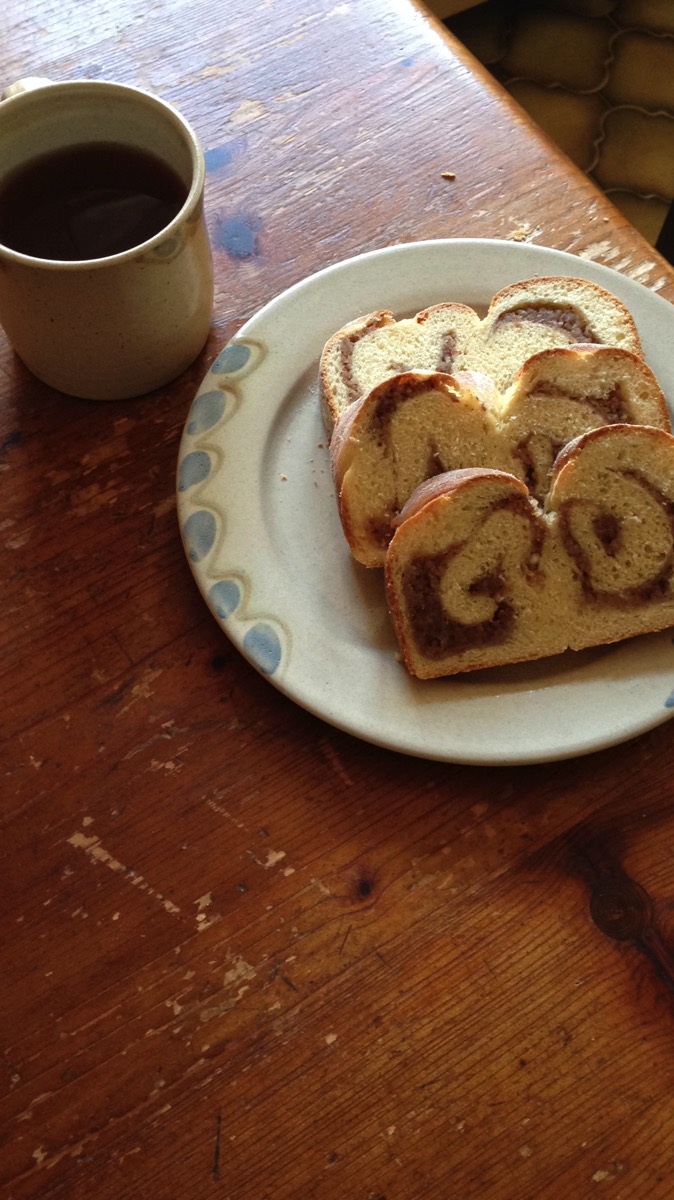 I did bake the bread I had prepared yesterday.

And that was basically it. I started writing right after breakfast but then my husband came when I was a mere 120 words in. I spent all afternoon trying to get myself to write and failed.

The boy and I watched some Star Trek and an episode of „How I Met Your Mother“.

I spent all morning knitting a huge gauge swatch for my next sweater. I didn’t get gauge with any needle but I think I might be close enough. I still am not sure which needle I want to use. I like the fabric that the 2.5 mm and the 2.25 mm needles make but the 2 mm needle is closest to the gauge the pattern calls for. The fabric seems a little stiff to me, though. By the way, the pattern tells me to use 3.5 mm needles. 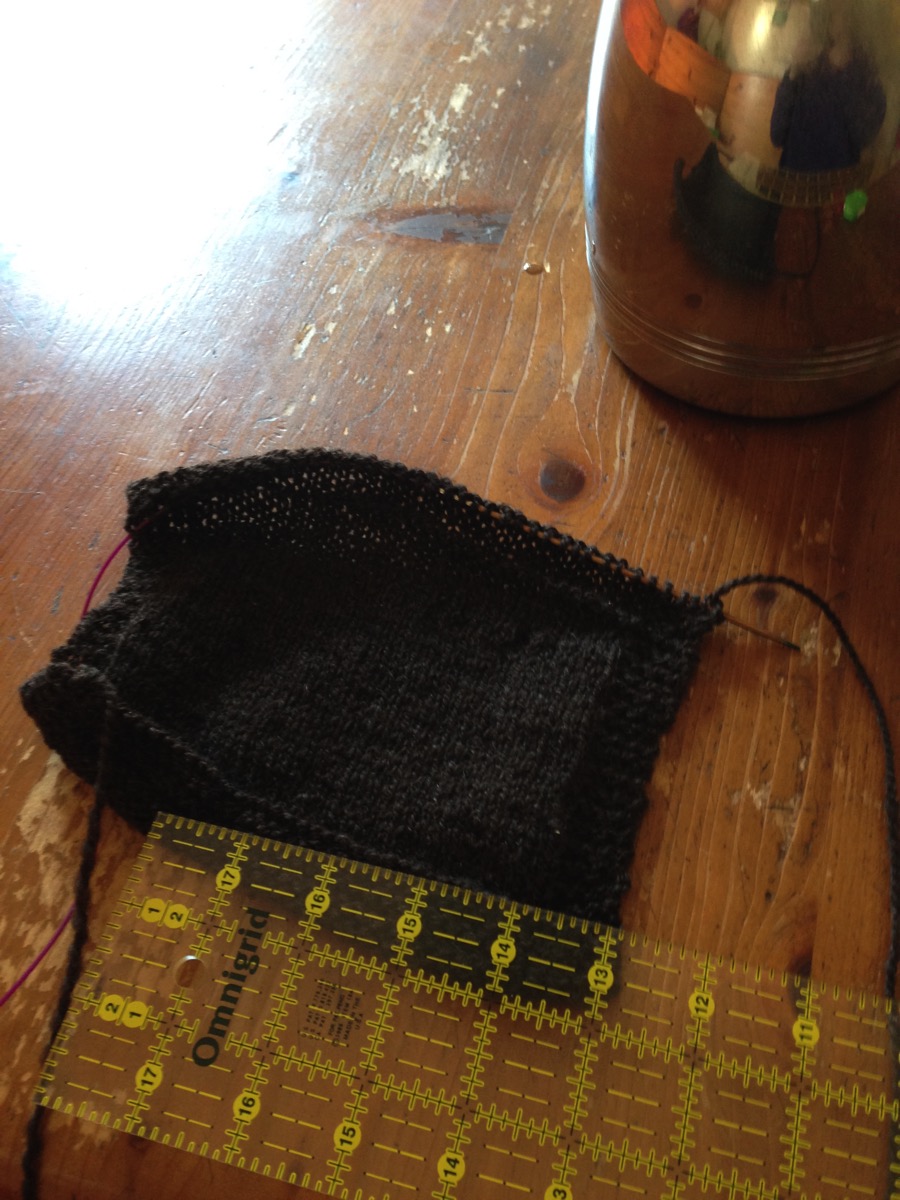 The swatch has been washed and is drying as I type. Tomorrow I’ll measure it after washing, and then I will actually hang it up with a bit of weight hanging off the bottom to see how it behaves then.

I am spinning already, before finishing all that swatching because I want the yarn – or at least about half the yarn – ready by Saturday. That will be fun,

My mother is already driving me slightly crazy and I haven’t even talked to her in person yet. That will be interesting.

I have also started to think about packing. Okay, I did that weeks ago, but now it’s starting to get real. I tried googling, „Minimalist packing for knitters“ but got nothing. I wonder why. Though there is this one woman who hiked through Scotland gathering samples of different Scottish breeds. She had a small backpack (that held all her camping equipment, a spindle and knitting needles) and hiked all over the place while spinning.

She did something very similar in Wales as well, and that time she only took a tarp instead of a tent.

So my packing should be much easier.

I looked at general tips on minimalist packing, and as usual most sites had lists that for me would include packing everything I regularly wear. I think, that this time I’ll take my laptop so that I can write. Never mind that I’ve never managed to write while traveling before. And I will take the ereader and the iPad and as much wool as I can spin until then. I thought about it and I will have at least 20 hours of prime knitting time on this four day trip.

Since my mother won’t like what I’ll be wearing anyway I will probably just take one pair of jeans, one cardigan and one shawl, and then a change of underwear, socks and a t-shirt. I will take makeup which always is pretty heavy and takes up space, the knitting, a notebook, a pair of pajamas and all the electronics. And a few snacks. The food on the trains has become somewhat unreliable in the past few years. I can’t depend on getting a meal on the train anymore so I won’t.

I don’t think I’ll take the ukulele this time. So I might be able to squeeze everything into my daypack. Or I might have to take an extra purse. Which will be extra heavy because I’ll put the laptop and everything in there.

Aren’t you glad I’m telling you about my exciting life?

Today there will be writing (for real this time) and music and I don’t quite know what else. I’ll have to make a list.

This time I actually thought about the beginning of daylight savings time. I count that as a plus.