Yesterday started well but then over breakfast we had one of those teenager/parent-clashes that made all of us angry and sad and confused for the rest of the day.

Which meant that I didn’t get anything done.

I did eat every morsel of food in the house, though.

But I finished a sock. And it only took me seven hours in total. 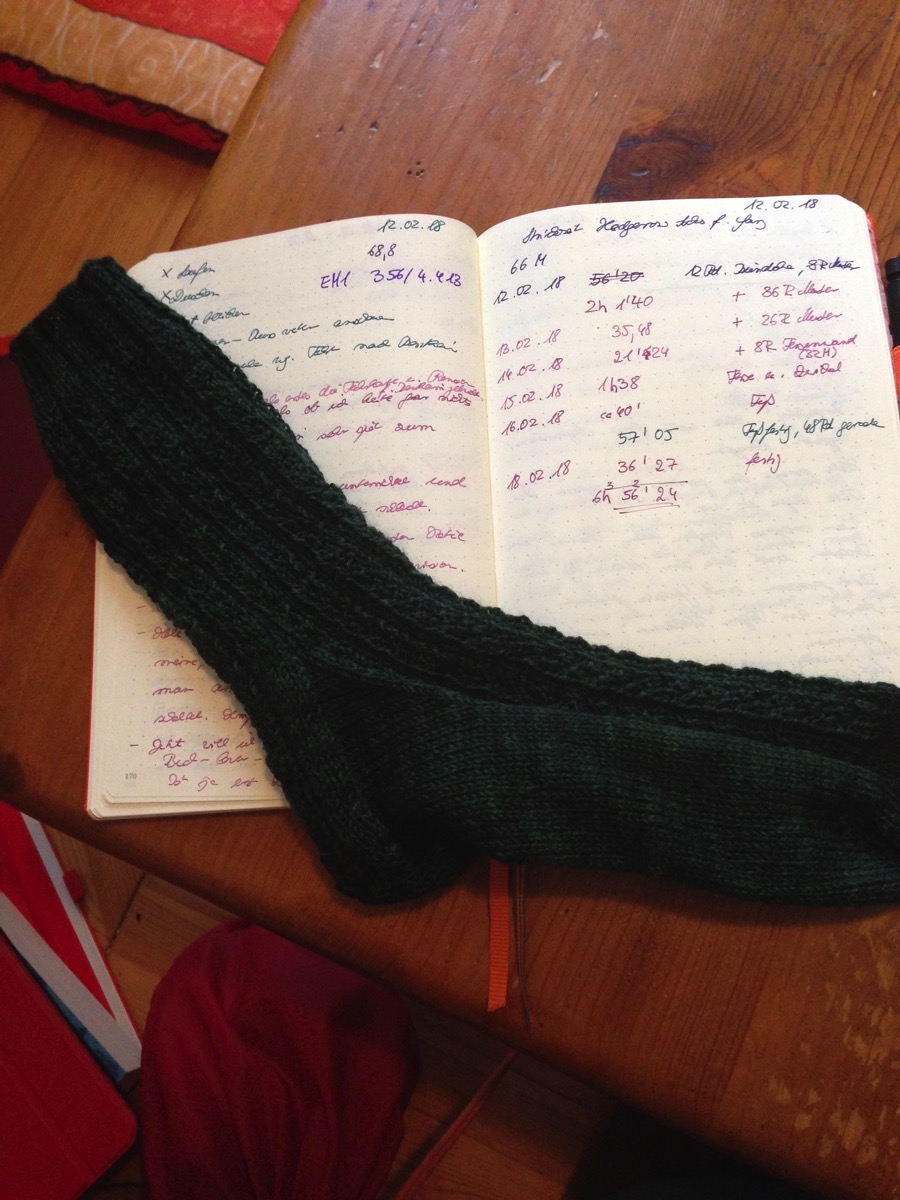 And my favorite pot to brew herbal tea in broke. There was a ton of clean dishes and pots and such on the windowsill, someone pushed against the huge cutting board without meaning to and made the everything slide. That person managed to catch the pot, by the way, but an hour later another person did the same thing and did not catch the pot. I will have to buy a new glass teapot.

At least I managed to finish the yarn for the slippers and I really like it but it’s probably too thin. 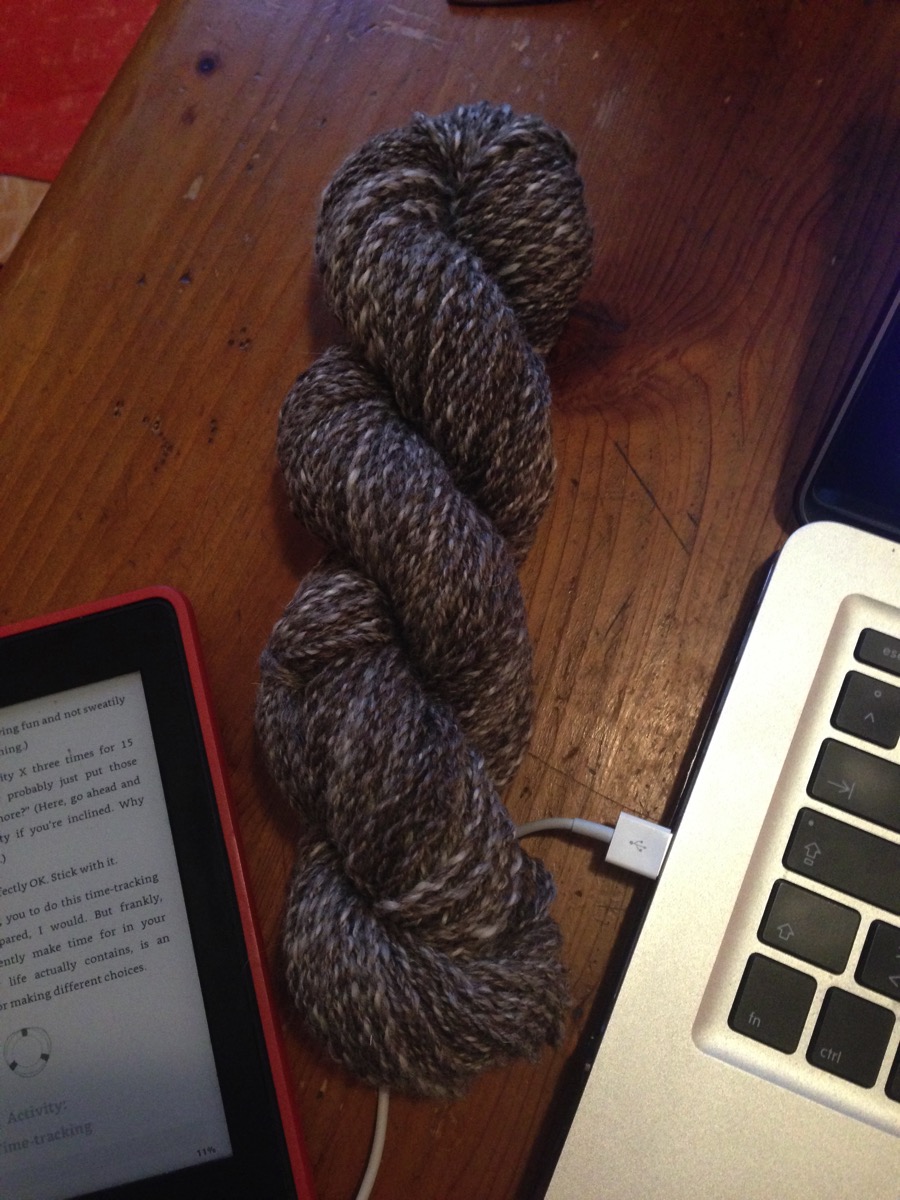 And I watched some more of the book cover design course. I need to find some time to sit down and actually try things out but so far I’m still a little too scared and overwhelmed. The guy who does the course uses Photoshop, of course, which I don’t want to spend my money on, so I’m trying to do the same things in Photoshop Elements, and – well – there’s a reason it’s much cheaper…

At least the boy and I managed to watch that episode of Star Trek that we started watching a week ago. I finally hooked the DVD player up to the TV, and he got the whole authentic nineties experience. Watching things in HD is really much nicer. But the DVD has bad spots and doesn’t work on the laptop. I’m thinking about ways to remedy that, though.

Then I waited for the boy to finish taking a shower so that I could do the dishes, tried writing, and ended up eating a whole bag of toritlla chips and half a cheese, sat around until an hour after my bedtime and decided to go to bed without tidying the kitchen. Funny enough my weight has been going up again. I wonder why that is.

But. This is a new week, so I get a fresh start.

It is eight in the morning, I will tackle the epic pile of dirty dishes next, and get a grip.

There will be running, and music, and writing, and thinking, and I will help the boy finish his application. He needs an internship in four weeks. This will be, um, interesting.

There will also be teaching. And the structure of school days again, always a good thing.

And tonight there won’t be any beer, and only very little chocolate, and I will be in bed with teeth brushed and flossed, and with my face washed before ten.