So yesterday was a great day with the spinning meeting and all. Trains were completely on time and uncrowded, it was cold but only snowing a bit when I was almost home, and walking from the train station in Ohlstadt to where the spinning meeting was held and back was just wonderful.

The Louet Victoria wheel in its backpack felt a little heavy at the end of the day but even with the Nusszopf, a thermos full of tea, the wheel, a spindle project, and all the stuff I lug around all the time anyway I could have walked even further.

I didn’t do a good job capturing the breathtaking views along the way but did remember to take a picture or two at least: 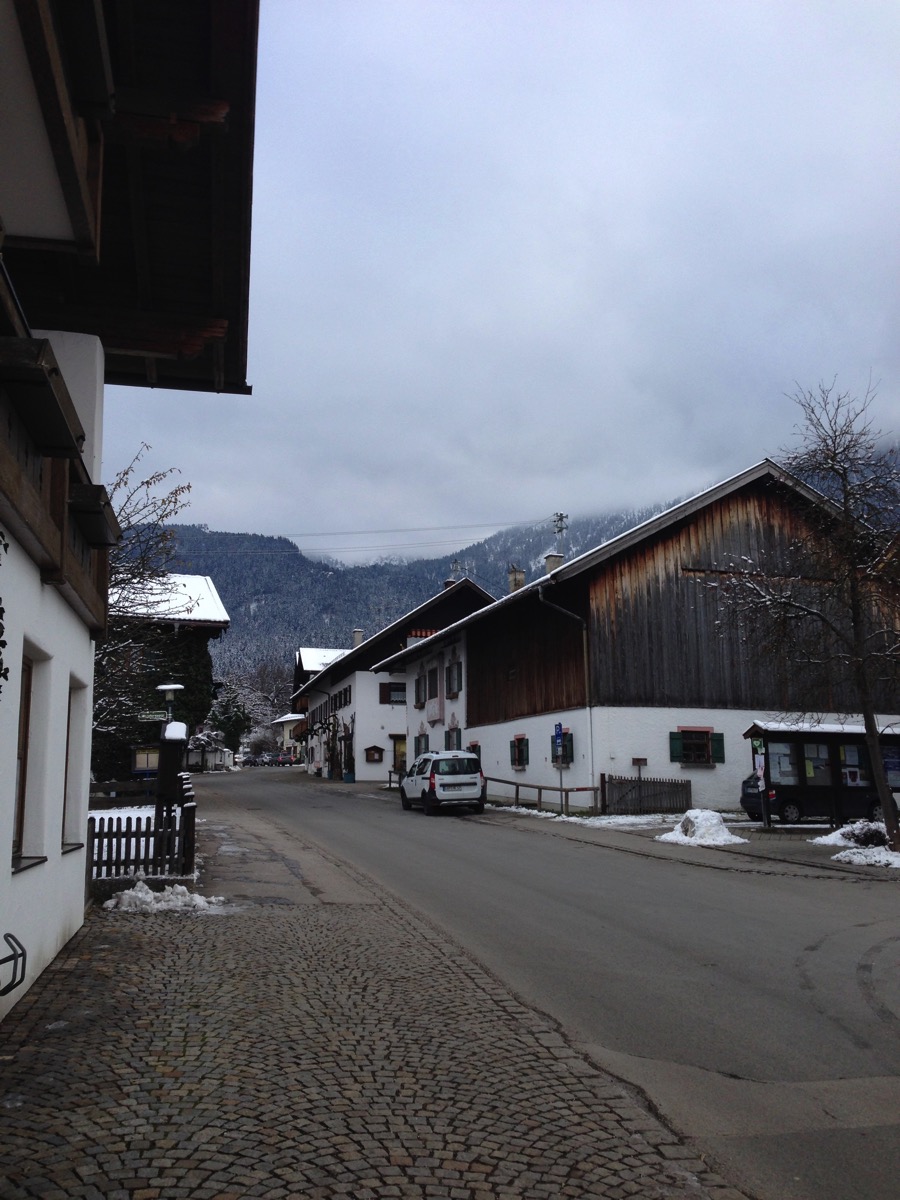 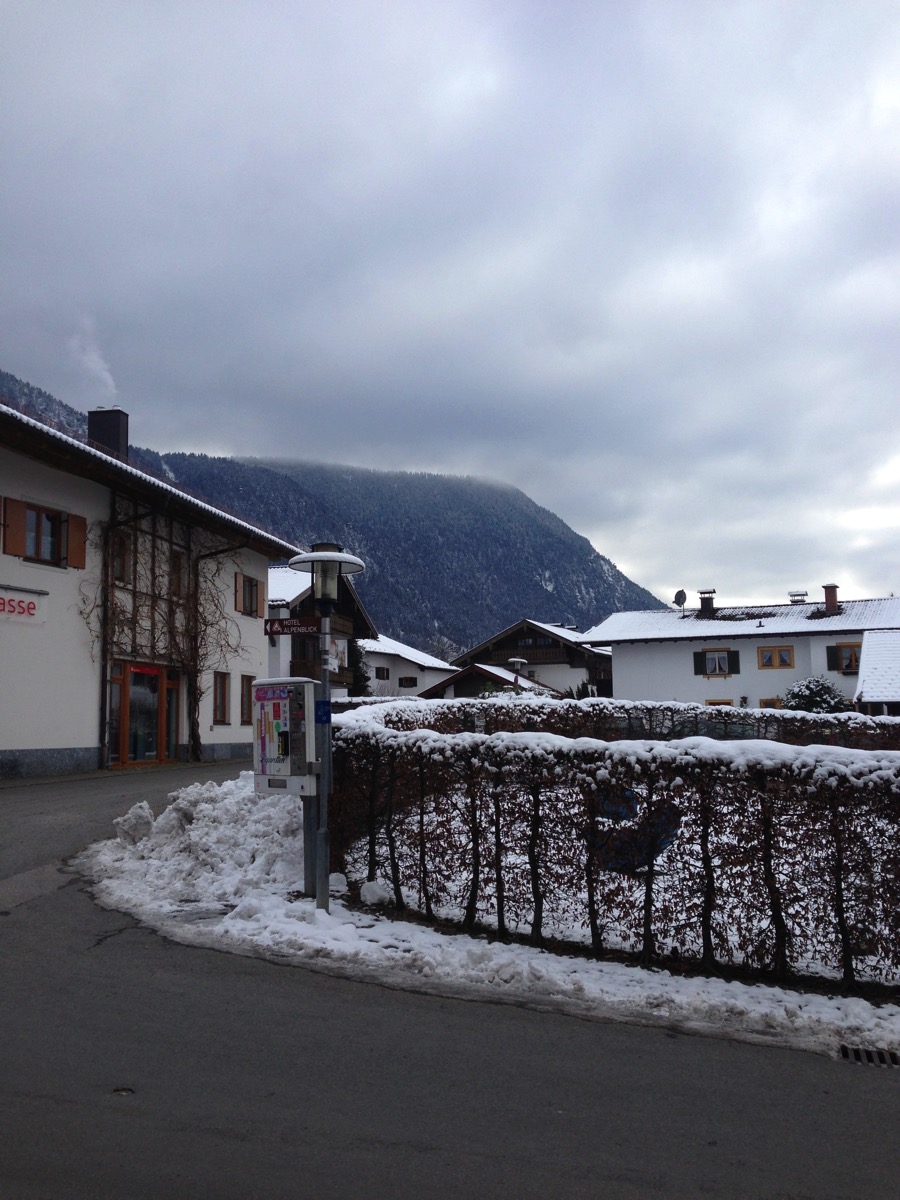 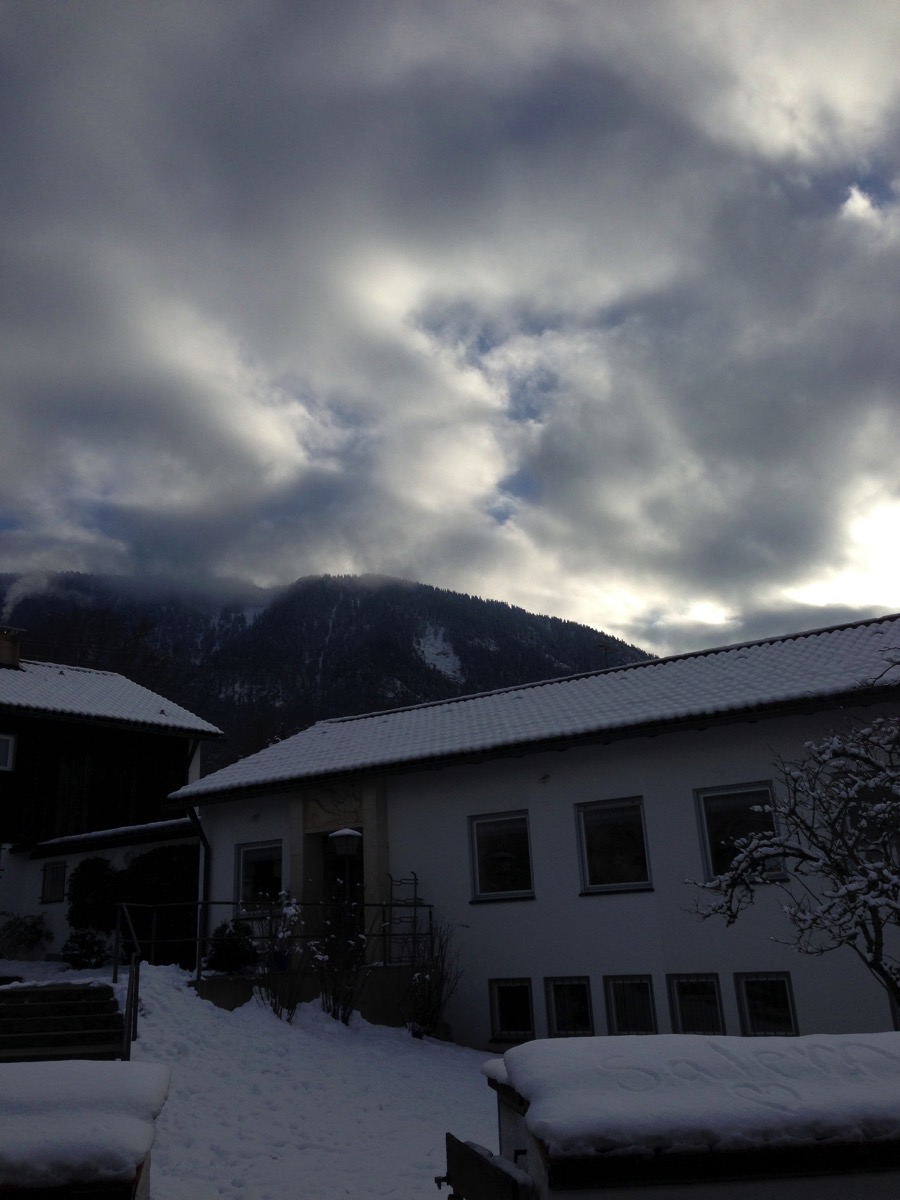 I went back home early not only because I was determined to go to bed on time but also because my bad hip doesn’t like sitting for hours on end. Another reason to fit a walk into the day.

At home I had dinner with my family, then did all the day’s dishes, and sat down to spin my advent calendar fiber while listening to Beethoven’s violin concerto. I’ve been wanting to listen to music more, and I thought that sitting in the kitchen while spinning was the perfect opportunity. One reason why I never listen to music is that there isn’t really a good setup for it anywhere. I have a nice stereo in my studio but no comfy chair. I hope this will change once we have reclaimed the living room but it looks as if that will take some more time.

But. Thanks to modern technology and the internet I can find the concert on youtube in a great version, and while that doesn’t give me the best sound ever it does give me the chance to listen and enjoy. So I did.

Beer of the day was from Norderstedt, courtesy of a friend whom I met through the internet. She sent me four different beers from where she lives and I decided to spread them out over the course of December: 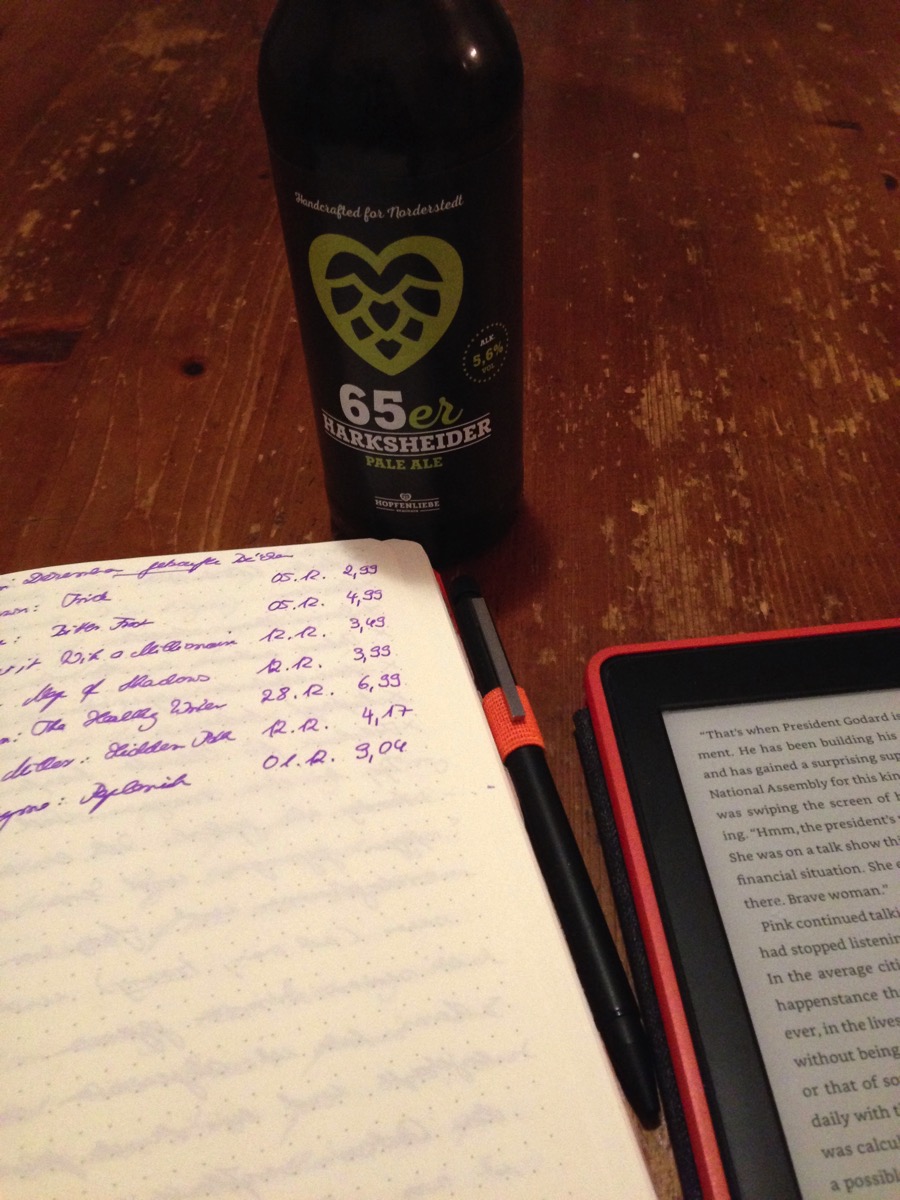 And yes, that is a list of books I bought in December that is already seven titles long. Six are books I pre-ordered, and one I actually bought already. On the other hand I have finished reading three books this month already as well, so all is good. (I didn’t read all of them in three days, I started them before December, of course.)

Went to bed too late as usual. This is a bad habit I will break. Starting today. I already have a plan.

Other than that there will be running, and a few students, and hopefully some work on the novel-in-progess, and not eating all the chocolate, and going to bed on time. (A woman can dream.)