I did get enough sleep last night, hurray! (Yes, I know, the way I’m obsessed about sleep is a little weird but you would be too if you were as fatigued all the time.)

Yesterday was a very good day, I spend about half the day reading and working on the Sophie’s Universe blanket while drinking tea: 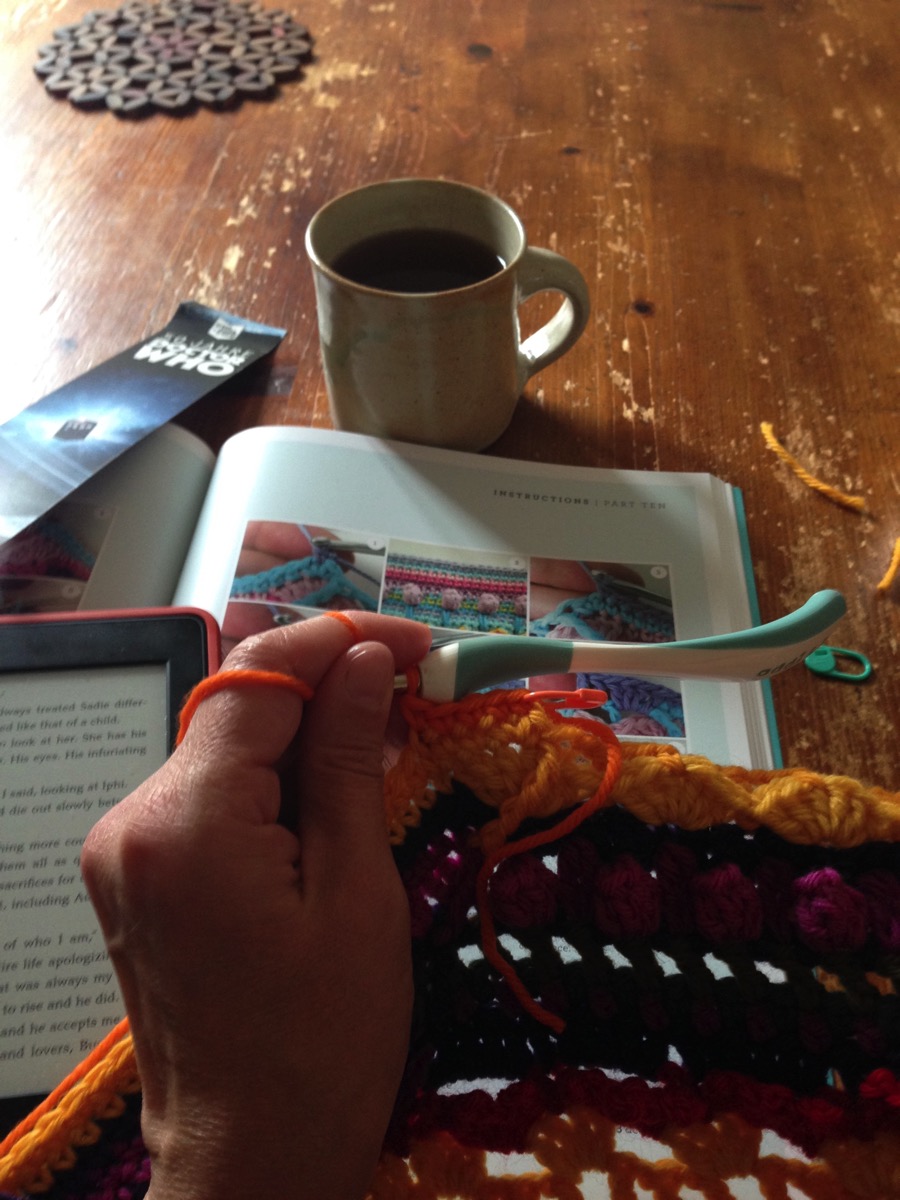 And the other half recording the songs for my mother’s birhtday present at the last minute: 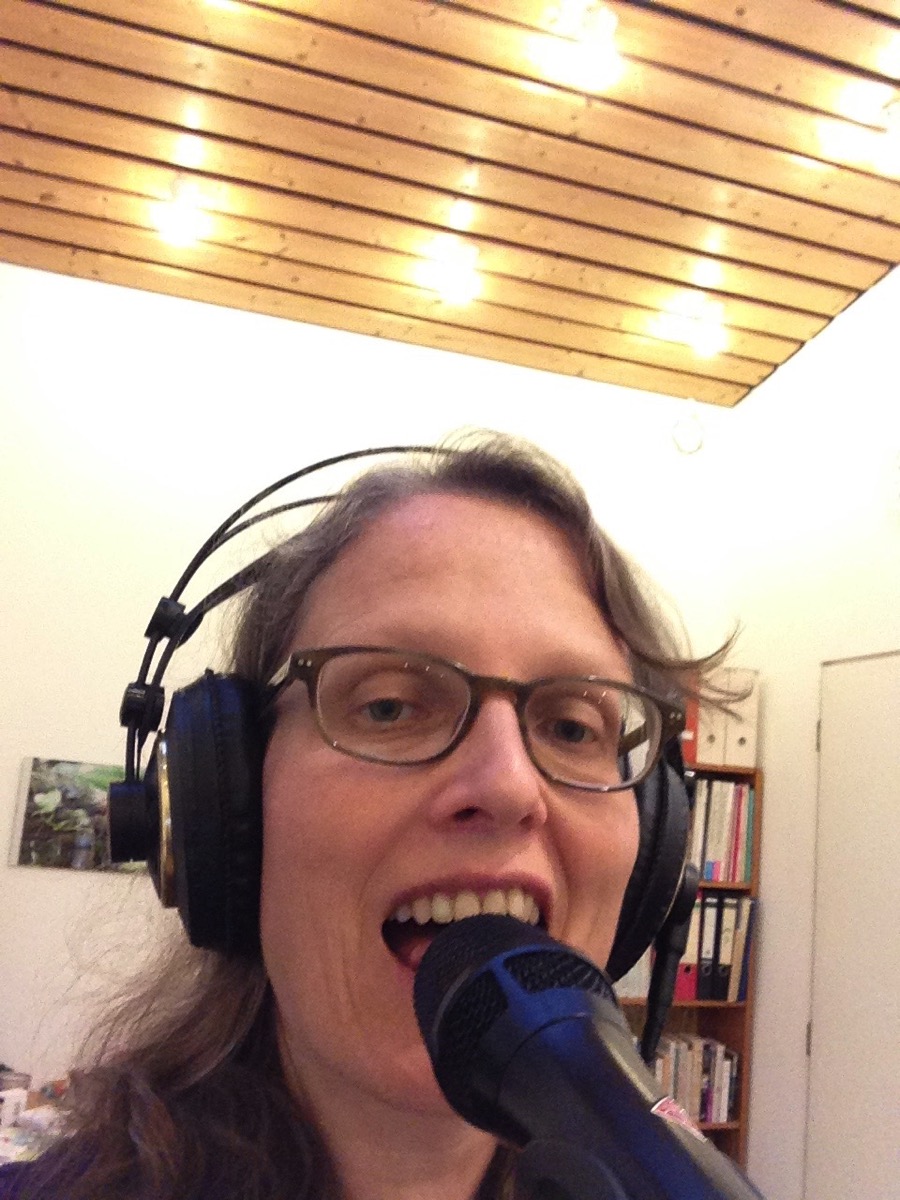 My voice was completely gone by take two of the first song but I just kept going. I don’t want to know how I sound but I will have to listen to the whole thing today anyways. Because I still need to select the takes I’ll use, and then I will have to mix the whole thing, something I don’t quite know how to do (but I’ll ask my husband for help who is the much better sound engineer).

I had two times when the computer told me the hard drive was going too slow for recording, and the program crashed on me four times but I persevered. I have to say I have come a long way, I am now able to record without much drama (well, apart from a whole day lost to procrastination, and a week or two of going all „I dunnwanna“ about the whole thing). I didn’t even lose my temper when one of the best takes of the last song got lost because of a software crash. (And that was an hour after my usual dinnertime.)

All of this tells me that I really need to do something about my misbehaving laptop. It’s not all that bad but it’s clear it’s failing. I did a bunch of research yesterday, and am now hoping that the troubles are due to the cheap battery I bought off ebay years ago. I have ordered a new one (that’s not as cheap but will probably perform better), and will put that in as soon as I have it. Changing the battery on the kind of laptop I have is pretty easy.

If that won’t fix it the next suspect would be the logicboard which would be trickier and more expensive to replace, and if that’s not it it might be the hard drive but I don’t think so. This is a new one that I bought from a dealer specializing in Mac parts.

The other thing I bought yesterday (why yes, I seem to be in a consumer mood at the moment) is a craftsy class about bra-making. It came recommended by a friend on ravelry. I’m still not sure if I will actually sew myself a bra – so far I have lots of plans to sew all the things but am not actually doing anything – but it seems like something I would love to be able to do because bras in my size are extraordinarily expensive, and then they don’t really fit all that well anyways.

I keep dreaming of custom-made clothes, and since I don’t have the monies to pay someone for it I need to be the one making my bespoke garments. One of these days I will have a whole wardrobe full of clothes that I love, and that fit me. Including underwear that doesn’t pinch, ride up, and is in need of adjustment every other minute.

But first I need to get a thing or two done before I can focus on sewing. What with novel-writing month coming up.

By the way yesterday was another day that proved that I feel much better when I do a lot than when I’m sitting around all day relaxing. Recording vocals is pretty hard work, and I was rather exhausted at the end but not as tired, fatigued, and cranky as I would have been after a whole day of nothing.

So today I will listen to what I recorded yesterday, teach quite a few students, and go on a short run soon. Also my mother-in-law is going to the hospital to get her heart checked out. We are all hoping that there isn’t much wrong with her, and that she’ll be back soon safe and sound.

Looks like it’s going to rain right in time for my run. Lovely! (Well, on the bright side there are usually less dogwalkers around when it’s raining.)